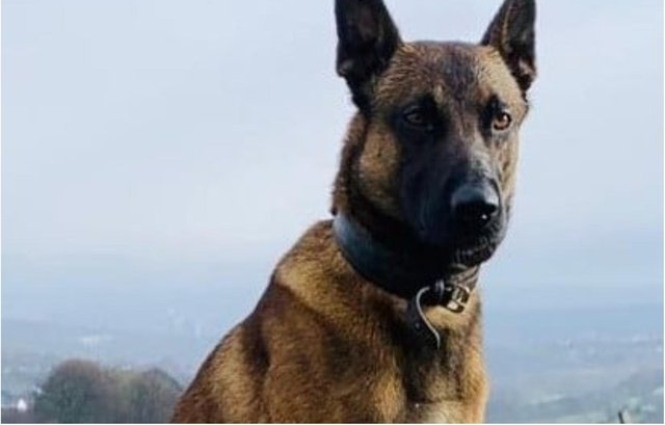 A veteran police dog has been widely praised after catching an alleged motorhome thief who tried to hide on the grounds of a Sheffield primary school.

The thief reportedly rammed the motorhome into a police car as he was being tailed.

Shortly after, the unnamed man was tracked to primary school where he was surrounded and forced out of hiding by one of the force’s trained canines, PD Vinny.

In a social media post, South Yorkshire Police operational support said: “Not so tough without your motorhome are you?

“When a motorhome stolen from Netheredge was spotted by Police in Fox Hill it reverse-rammed and disabled the following police car.

Related: Caravans and campervans at risk as rise in thefts expected

“The police helicopter quickly found it again in High Green and when the driver jumped out they observed him going in to the grounds Angram Bank Primary School.

“Not quite so tough as when he was sat in a large vehicle this thief didn’t fancy taking on Vinny.

“[After] surrendering, he made his way to the fence and climbed over to be arrested by officers on suspicion of the theft of a motor vehicle, dangerous driving and assault.

“Before leaving Vinny searched the area and found property the thief had discarded on the floor within the grounds.”