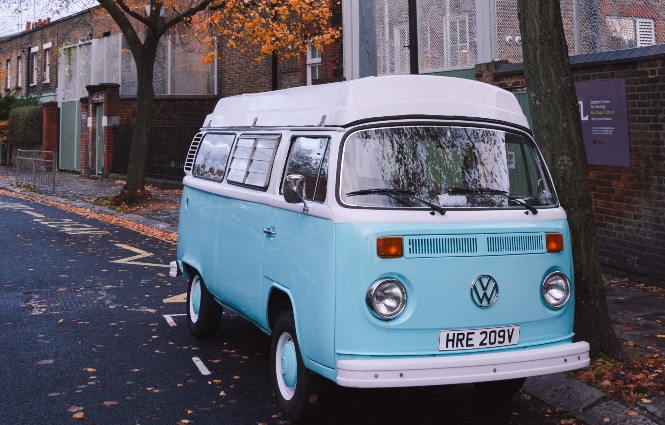 Can I drive my campervan in a clean air zone?

The roll-out of clean air zones in the UK is continuing gather pace with more pollution-reducing schemes set to be introduced in 2022.

Clean air zones are being established to improve air quality and vehicles entering these zones must meet a minimum emission standard.

Owners of modern lower emission vehicles can drive into clean air zones without penalty but many campervan and motorhome owners will find themselves having to pay a fee.

Your vehicle’s emission standard can be found on your logbook or from your vehicle manufacturer.

If it exceeds the minimum standard, you may have to pay a charge if you drive in a clean air zone.

The ULEZ operates 24 hours a day, seven days a week, every day of the year, except Christmas Day.

Vehicles that do not meet the ULEZ emissions standards must pay a £12.50 daily charge to drive inside the zone.

Lorries, vans or specialist heavy vehicles over 3.5 tonnes and buses, minibuses and coaches over 5 tonnes must also pay if they do not meet the LEZ emissions standard.

Bath was the first city outside of London to introduce an emissions tax, coming into force on 15 March 2021.

While campervans registered as M1 vehicles are exempt from being charged, most small campervans and motorhomes under 3.5 tonnes (classed as N1) will have to pay a £9 daily charge if they don’t meet the emissions standards.

It operates 24 hours a day, 365 days a year and covers all roads within the A4540 Middleway Ring Road, but not the Middleway itself.

Campervans and motorhomes that do not meet the minimum emissions standards of Euro 6 for diesel or Euro 4 for petrol must pay to drive inside the zone.

The Portsmouth Class B clean air zone was launched in November 2021.

Non-compliant vehicles are HGVs, buses and coaches, taxis and private hire vehicles that do not meet Euro 6 emissions or above for diesel and Euro 4 or above for petrol.

The classification means private cars, motorcycles and vans will not be charged.

However, non-compliant private and commercial heavy goods vehicles (HGV) will be charged.

Portsmouth City Council has advised owners of motorhomes that are classified as a HGV should if they are liable for charges before they travel.

UK clean air zones due to be launched

Oxford is set to create a ‘zero emissions zone’ which will charge any vehicle which produces emissions to drive into the zone every day from February 2022.

Heavier polluting vehicles will need to pay £10 per day for driving in the zone but will increase to £20 in August 2025.

Initially planned for rollout from May 30, 2022, plans to implement a Greater Manchester clean air zone could now be delayed.

Speaking at Prime Minister’s Questions this week, Boris Johnson said the plan “by the Labour mayor” would “do damage to businesses and residents”.

However, Mayor Andy Burnham said he had “never been the instigator nor the final decision maker in this scheme”.

Mr Burnham has already asked the environment secretary to delay full implementation of the scheme until 2027.

It was originally stated that ‘motor caravans’ weighing less than 3.5 tonnes with a Euro 5 or earlier diesel engine or a Euro 3 or earlier petrol engine would automatically qualify for a temporary exemption until June 1, 2023, with a daily charge of £10 from that date.

Those weighing more with a tax class of HGV and have a Euro 5 diesel engine or earlier would be subject to the full daily charge of £60 per day from the date of the Manchester’s clean air zone launch.

If the motorhome is designated as a private HGV and falls into the same category for vehicles over 3.5 tonnes, it’s eligible for a discount on the daily charge from £60 to £10, payable from May 30, 2022.

However, on 11 January 2022, Greater Manchester Combined Authority (GMCA) decided to put ‘pause’ the plans for now.

Following the latest announcement, Bolton council leader Martyn Cox said: “The scheme was designed in a period before the global pandemic, and before the key supply chains were hit.

“People can’t comply because of forces outside their control and in fact also the government’s control.

“This makes it incredibly difficult for people to comply.”

However, he added that Greater Manchester alone “can’t cancel the scheme” and that “It needs the Secretary of State to issue a directive”.

Aberdeen is set to introduce a clean air zone in spring 2022.

Bradford has delayed the launch of its clean air zone until spring 2022, having been planned to be rolled out in January 2022.

According to its Breathe Better Bradford website “leisure vehicles in private ownership (e.g. motorhome or motorised horsebox) which is for personal use only and not commercial use” may be available for an exemption in the future.

The Dundee clean air zone will be launched in spring 2022.

Edinburgh’s clean air zone will be rolled out in spring 2022.

Glasgow will introduce a clean air zone in spring 2022.

Clean air zone in Newcastle will cover the majority of its city centre from July 2022.

Bristol City Council is set to launch their clean air zone in summer 2022 after delays resulting from the coronavirus pandemic.

Bristol City Council is yet to clarify its stance on campervans and motorhomes, although larger vehicles will be charged £100 per day.

Many owners are concerned that the clean air zone charges in Bristol may affect their ability to access the Caravan and Motorhome Club’s Baltic Wharf site.

Sheffield’s clean air zone is due in late 2022.

Liverpool is expected to launch a clean air zone before 2023.

In the UK, there are four types of clean air zones, classed from A to D:

In addition to vehicles that meet the emissions standard, there are some national exemptions from being charged and you do not need to pay if you have:

You can check if you’ll need to pay a charge for a vehicle before you drive into a clean air zone by using the government’s online service to check and/or pay any charge charges.

You must pay the charge by 11:59pm on the sixth day after driving into the zone, although you can pay up to six days before you travel.

Failure to pay in time may result in a penalty charge notice (PCN).

Stay up to date with information about new clean air zones what they mean for campervans and motorhomes by subscribing to the Van Life Matters newsletter.

There’s going to be a lot of cheap campervans for sale before long as owners living in these areas are forced to sell. Such a shame.

If you live in your motor home and it’s your only vehicle, What then ? A euro 6 motor home will cost £60 grand, This is not fair