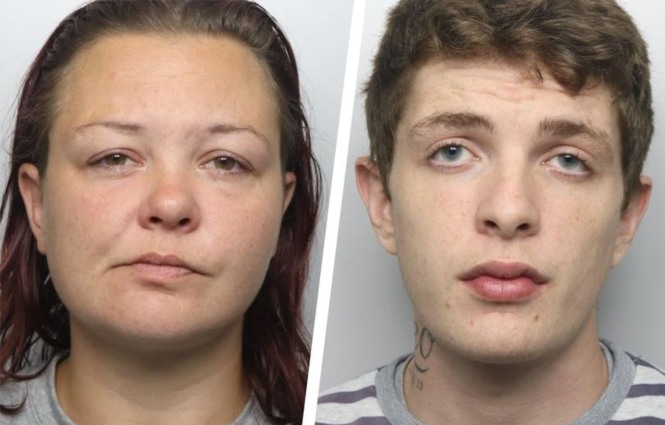 A gang of “animalistic” vigilantes beat up an innocent tourist stopping in his campervan, robbed him, stripped him naked and frogmarched him into a nearby pub in west Wales because they wrongly thought he was a paedophile.

Bleeding and bruised, the man asked for help in the bar but was thrown outside where he sat on a pavement before being kicked in the face by a female gang member, Wales Online has reported.

Only two members of the gang have ever been identified – Stephanie Jones and her partner Jordan Davies – the other assailants remain at large.

Jones and Davies were arrested within days of the assault but it took police more than three years to press charges.

Related: Owner to be reunited with stolen Volkswagen T2 camper after being driven in convoy of nicked vehicles

In July 2018, Swansea Crown Court heard how a Lithuanian national who was living and working in London visited west Wales in his campervan.

Craig Jones, prosecuting, said on the night of July 18 he was parked up in the centre of Newquay near the Sea Horse Inn and was preparing for bed when a gang who had “taken against his presence having convinced themselves without any foundation that he was a paedophile” approached the camper.

Members of the group used their mobiles as torches and shone lights in the victim’s face while others beat the man up, stripped him naked, and stole his iPad, phone and laptop along with cash and bank cards.

Mr Jones said the group then forced the naked, bruised and bloodied man to walk into the Sea Horse pub and pushed him inside.

The court heard that a member of staff from the pub later came out and gave the victim a blanket and took him inside before calling police.

The tourist was taken to hospital where a CT scan revealed bleeding on the brain in, addition to the obvious cuts, bruises and severe swelling around the eyes.

In his victim statement, the man said he went home to Lithuania for three months to recover, and had been left suffering with panic attacks and psychological problems.

He added that the theft of his laptop and iPad – items which he used for his freelance job and which have never been recovered – meant he lost his employment.

Mr Jones said that in the hours after the incident Davies chatted to friends on social media about the events of the night, and in one of the messages boasted the victim was “a mess – ha ha” and in another said he had “robbed him and made him walk through Newquay naked”.

In other messages Davies expressed concern about the police presence in the town following the attack and about the possibility of being caught, but said he had spoken to others at the scene and they told him they would keep their mouths shut.

Related: Jail for thief who rammed stolen motorhome into police

Co-defendant Jones also effectively made admissions about her involvement in the attack in a Facebook post in which she talked about “the boys” going to the van of a man they believed to be “paedo” and beating him up, something which made her “happy”.

Judge Paul Thomas QC told the defendants they had taken part in an “animalistic” attack on a visitor to Wales, launching a callous and sustained attack on an innocent man and showing him no mercy as they beat and then humiliated him.

The judge described the delay in prosecution as “so egregious it is quite startling”, and noted that in the intervening years the defendants had tackled their drink and drug problems, and made great strides in turning their lives around.

He said that had the case come to be sentenced in a more timely manner the defendants would be given starting sentences of around six years, but the delay meant there would have to be a “sharp downward adjustment”.

The judge said the starting point after trial would have been one of four years imprisonment each, and with a discount of 10 per cent for their guilty pleas that was reduced to 42 months.

The defendants will serve up to half that period in custody before being released on licence to serve the remainder in the community.