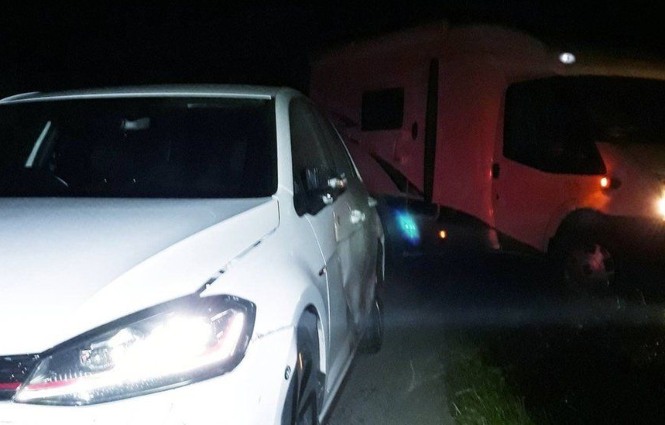 A thief who stole a £35,000 motorhome which he used to ram a police car during a pursuit has been jailed.

Carlisle Crown Court heard how Patrick Young stole from farms and rural properties in Cumbria and Keswick over more than three-and-a-half years.

In October the 33-year-old, along with another man, stole the motorhome and was pursued by officers.

They reversed the motorhome, ramming it into the patrol car.

Rhys Wilkinson, 20, drove the motorhome, which the pair stole from Portinscale, near Keswick, and was spotted by police in County Durham who tried to stop it.

After the ramming the police car Wilkinson and Young escaped and they were arrested after a pursuit involving the police helicopter and tracker dogs.

Wilkinson, of Coalfell Avenue, Carlisle, admitted theft and dangerous driving, and was jailed for 18 months.

Walpole, of Curzon Street in Maryport, was jailed for 21 months having admitted theft and two breaches of a serious crime prevention order and Benson, also of Firlands, admitted one burglary and a theft.

Detectives discovered the stolen vehicles were taken to North-East England where they were sold.

Det Con Stuart Graham said the men were “opportunist criminals” who had been targeting rural communities.

He added: “I hope today’s sentences provides reassurance to businesses and rural communities that action has been taken against those targeting them.”