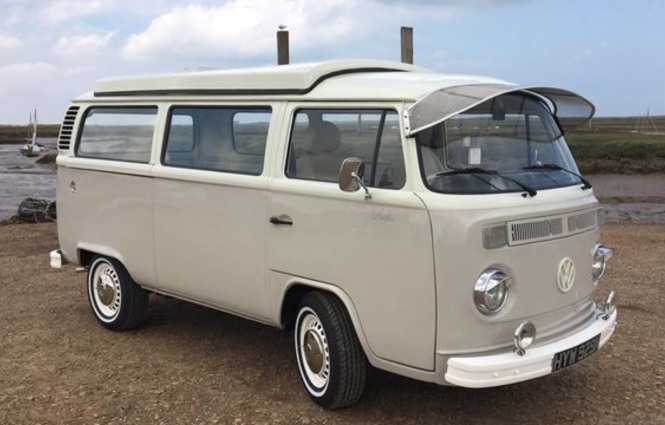 The owner of a classic Volkswagen T2 campervan is set to be reunited with it after police spotted it being driven in a convoy of stolen vehicles in Lowestoft.

The van, which recently underwent a £35,000 restoration,

“Neither vehicle wanted to stop and assumed the blue lights were purely for decoration.

“Vehicles stopped and the driver/rider made off on foot in the area of Commodore Road, Lowestoft.

“Both vehicles have been subsequently recovered and enquiries are ongoing.

“Anyone who witnessed the incident or has any dash cam, ring doorbell or CCTV footage to make contact via 101 or www.suffolk.police.uk quoting Cad reference SC-14072022-486.”

Mr Howard, who owns the vehicle, had dropped his camper off at a garage in Norwich for some work where thieves took the opportunity to steal it.

CCTV around the industrial estate by the garage captured a vehicle driving out of the area with no lights between 2am and 2.30am on Thursday.

Mr Howard said: “It’s been confirmed the vehicle is mine and I’m now just waiting for it to be released from the police compound.

“We’ll pick it up and assess it afterwards.

“The main thing is that it’s been recovered.

“It’s such a relief and feels good to know I’ll have it back – I’m very pleased with the outcome.

“People in the community were really supportive and shared the news a lot – they were all really good.”

XBUS Camper: Could this be the electric VW camper we’ve been wanting for?

Not very often you get them back, one lucky owner. Makes you wonder about leaving your pride and joy with some garages though!