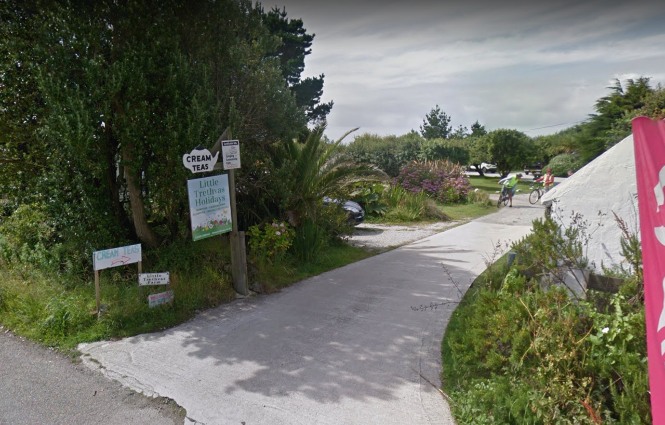 Toddler died after getting hit by grandad’s caravan

A toddler died after she was struck by her grandparents’ caravan, an inquest has heard.

Josie Gordon, just 20 months old, was killed by the caravan which was being towed by her grandfather during a family holiday in Cornwall.

Her parents said she was “tragically taken in the worst of circumstances”.

Josie, from Cotgrave in Nottinghamshire, had either been stood too close to the caravan when it started moving, and was knocked down, or had put herself on the floor and was run over, police investigators told the inquest.

PC Scott Robinson said he was “not able to say from the evidence” which of the scenarios was most likely.

Her parents, Harry Gordon and Hannah Bingham, had set off for their holiday on 12 May to meet family members for a week-long break on the Lizard in west Cornwall.

“Having the time of her life”

Ms Bingham said she could see Josie “having the time of her life” playing in the puddles at the back of the caravan before seeing it move and her daughter on the ground.

In a statement, she added: “I don’t know what happened in the seconds between seeing her playing and seeing her on the ground.

“Harry scooped her up and I don’t think we realised how bad it was.”

The inquest heard Ms Bingham tried to keep her daughter warm and kiss her hands, but “I think I knew deep down she wasn’t okay”.

Josie’s father said he was in “total disbelief” upon first hearing his daughter had died.

In a statement, Josie’s grandfather Ian Gordon, said he had checked his wing mirrors before pulling away and did not feel any impact.

The death of his only grandchild had left him with “painful remorse and constant grief”, he said in a subsequent victim personal statement.

Senior coroner, Andrew Cox, concluded the 20-month-old had died as a result of a traffic collision.

“I have only the deepest sympathy for all those involved in this incident”, he told the inquest.

Josie’s parents issued a statement after the inquest and described their daughter as a “happy, vibrant, beautiful force of nature”.

“She will be eternally cherished by all of us and, in particular, her loving parents.”