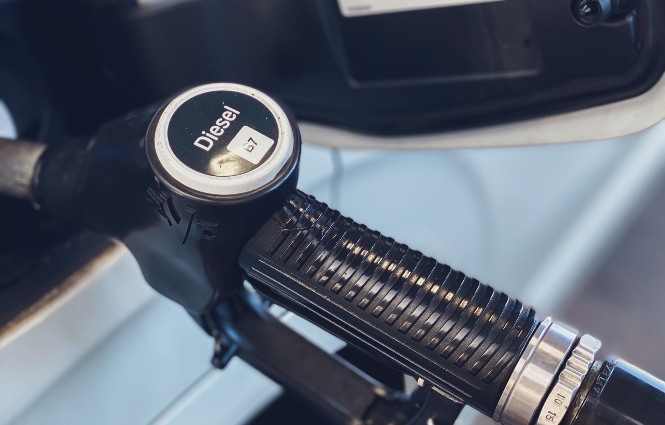 Pump prices rose more in March than in any previous month on record, despite the Chancellor announcing a 5p fuel duty cut in the Spring Statement, new RAC Fuel Watch data reveals.

As well as hitting a new record-high price of 167.3p on Tuesday 22 March, the average cost of a litre of unleaded petrol went up by a huge 11.62p to end the month at 163.28p per litre – the largest ever increase the RAC has recorded in a single month.

The previous biggest monthly increase was in October of last year when petrol prices rose by 7.43p a litre.

But the rise in petrol prices in March was dwarfed by what happened with the cost of diesel.

This increase is three times the size of that recorded in May 2008, the previous worst month for diesel price rises, when the cost of a litre went up by 8.43p.

RAC fuel spokesman Simon Williams said: “March 2022 will go down in the history books as one of the worst months ever when it comes to pump prices – over the 22 years we have been monitoring pump prices as part of our Fuel Watch initiative we’ve never witnessed such extreme rises in prices over such a short period.

“To describe the current situation facing drivers at the forecourt as ‘bleak’ is therefore something of an understatement.”

Forecourt prices increased through March as a result of rising wholesale fuel costs, themselves caused by a further hike in the cost of oil following the start of the Russian invasion of Ukraine.

While the price fell to $109.98 by the end of the month, rises earlier in the month had already pushed up wholesale fuel prices, causing drivers to pay even more to fill up.

Simon added: “Without question, these figures show in the starkest possible terms just how much fuel prices are contributing to the cost-of-living crisis which will be affecting households up and down the country.

“We know that so many drivers depend on their vehicles – for instance, because of a lack of feasible alternatives – so fuel prices must be starting to have an enormously detrimental effect on people’s finances, especially those on lower incomes.

“Drivers might well be feeling aggrieved that the Chancellor’s ‘historic’ fuel duty cut announced in the Spring Statement just two weeks ago has done nothing to protect them from price increases.

Related: Cost from pothole damage to vehicles rises by 35 per cent to £1.7bn over last year

“A 5p cut in duty should, in theory, have led to a 6p cut in prices at the pumps as a result of the government taking less VAT – but that is on the basis that wholesale prices stay still, which is hardly ever the case, and retailers passing on their reduced costs to driver fairly.

“Petrol prices have only come down by an average of 3.73p since 23 March, taking them to a level seen just three-and-a-half weeks ago, with diesel down even less – by just 2.61p on average.

“The fact pump prices have fallen so little reflects the fact that the cost to retailers of buying fuel had been going up ahead of the Spring Statement.

“Had the Chancellor temporarily cut VAT rather than fuel duty on fuel, as we asked him to do, the impact on pump prices would have been immediate with drivers benefitting straight away.

“Cutting VAT would also have gone some way towards shielding drivers from future increases – something a cut in duty just can’t do.

“Sadly, this Easter – traditionally the biggest getaway time of the year on the roads – is shaping up to be the costliest on record for drivers and there’s very little they can do to escape the high cost of filling up.

“Seeking out the cheapest petrol stations and driving as efficiently as possible are the best ways of making every pound spent on fuel go as far as possible.”