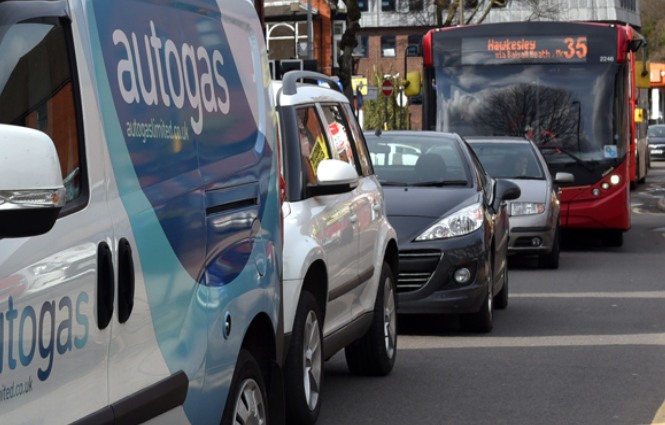 England’s worst major road for delays is the A2270 in Eastbourne as revealed by new research from the Department for Transport.

Motorists might also want to avoid the A335 in Southampton and parts of the A57 from Liverpool to Lincoln, which clock up over 90 seconds per vehicle per mile (SPVPM).

The figures, based on the Strategic Road Network (SRN), are not all bad news as users of the M6 Toll, A3 from Portsmouth to London and the A4 from Bristol to London can expect delays of less than three SPVPM.

The SRN in England is about 4,300 miles long and is made up of motorways, trunk roads and the most significant ‘A’ roads.

Two thirds of all heavy goods vehicle mileage in England is undertaken on the SRN according to Transport Focus.

Greg Wilson, founder of insurance comparison website, Quotezone.co.uk said: “With fuel prices going up fast, standing still will hit motorists and many businesses in the pocket.

“But the data shows that delays can vary between small hold-ups to ones that are bound to raise the ire of motorists, so finding the best route and time to travel can make a difference.”

Frequent users of A roads, managed by local and regional authorities, shows Londoners are most likely to be frustrated by delays of up to 342 SPVPM.

The frustration does not end there for Londoners, with 94 of the worst 100 roads for delays in the capital.

Only 12 roads of the more than 2,000 more minor A roads monitored had less than 10 SPVPM waits.

Greg Wilson added: “While the major roads generally offer a better flow of traffic, day-to-day use of more minor A roads can be much more of an issue.

“Even though remote working and new investment in bicycle routes will take some pressure off the roads, it is likely that many motorists will continue to endure delays.

“It would be sensible to check car insurance policies have breakdown cover and the premium itself is as competitive as possible by using a comparison website – to help alleviate the rising cost of petrol.”

Roads with the worst delays in England