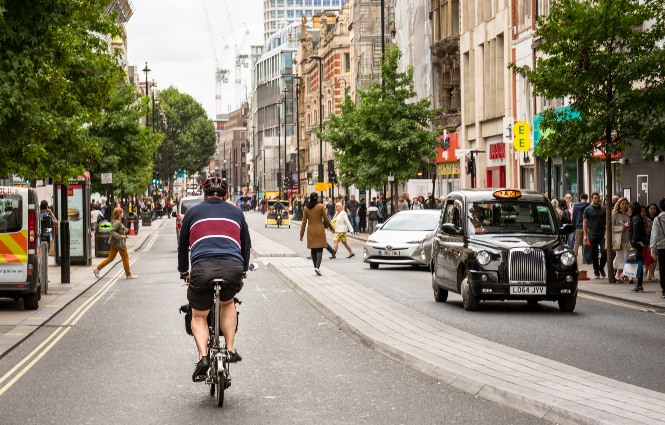 Almost two thirds (59 per cent) of UK motorists believe that there will be more conflict on the nation’s roads as a result of the introduction of the new hierarchy of road users, according to road safety charity, IAM RoadSmart.

The new risk-based hierarchy is the biggest change to the new Highway Code launched at the end of January, and states that road users who possess the potential to do the greatest harm will have the most responsibility to reduce the danger or threat they may pose to others.

The hierarchy applies to all road users, including pedestrians, but applies most strongly to drivers of HGVs, vans, buses, cars and motorcycles, as they typically cause the most damage in the event of a collision.

59 per cent of the 1,000 motorists surveyed said they believe that the new system will create more conflict on the roads, rather than making them safer.

Meanwhile, just six per cent of motorists thought the new implementation would cause less conflict, and 13 per cent believed nothing would change at all.

Under the new policy, pedestrians now have priority at junctions, meaning that vehicles turning in or out of them should give way.

Over half of those surveyed (54 per cent) believe this new rule will cause more conflict, whereas only 15 per cent thought it would reduce incidents on the roads.

Responsibility sits with each road user to know how the new rules affect them, and how they should act in the safest way.

Many of the rules are legal requirements and can carry fines and points if not obeyed.

Neil Greig, director of policy and research at IAM RoadSmart, said: “It is concerning to see the number of motorists who believe the new rules implemented in the Hierarchy of Road Users will cause more conflict on our roads, rather than less.

“The changes to the Highway Code are a reminder to all road users to behave responsibly with a mutual respect for each other’s safety.

“The hierarchy offers clarity as to where priority should be given in various scenarios, so it is important for all road users to understand how the changes will affect them and others in real situations on the road.

“An upcoming Department for Transport (DfT) information campaign will hopefully go some way towards disarming the scepticism around these changes, by ensuring the proper messaging is getting through.

“However, we would urge the DfT to be more realistic about the impact that simply changing a seldom read document will have on the behaviour and safety of road users, and instead, roll out more intensive and timely campaigns to build awareness and confidence in the new code.”