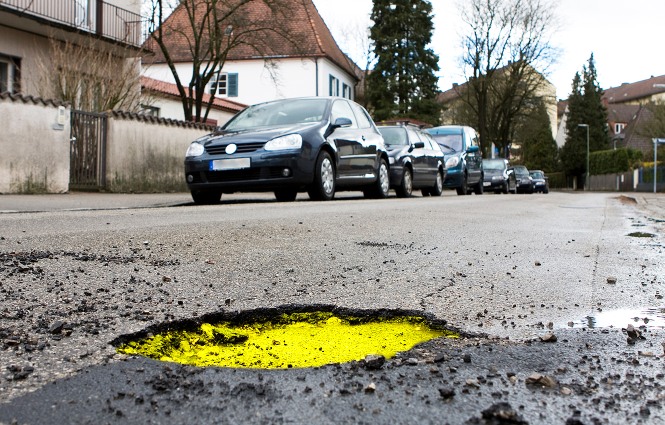 The breakdown company’s individual members experienced a total of 10,123 breakdowns for broken suspension springs, distorted wheels and damaged shock absorbers through last year, 10 per cent more than in 2019 (9,198) and 19 per pent more than in 2020 (8,524).

Looking at just the last three months of 2021, which was characterised by generally mild, damp weather across much of the UK, drivers experienced 1,688 pothole-related breakdowns which represented 0.9 per cent of all the RAC’s call-outs over this period.

But as a rolling average of the last four quarters, the share of breakdowns represents 1.5 per cent of all RAC breakdowns – the highest such figure since the four quarters to the end of September 2018.

The RAC Pothole Index, which analyses pothole-related breakdowns together with the seasonal effects of the weather to give a true long-term indication of the condition of the UK’s roads, now stands at 1.63, up from 1.48 at the end of September 2021.

It means drivers are more than one-and-a-half times more likely to breakdown after hitting a pothole today than they were when the RAC started collecting this data back in 2006.

RAC head of roads policy Nicholas Lyes said: “The rot appears to have well and truly set in when it comes to the country’s roads with our patrols going out to vast numbers of drivers who, through no fault of their own, are breaking down because of the wear-and-tear caused by potholes.

“This is ridiculous because it is almost entirely avoidable if roads were maintained properly.

“With drivers contributing so much in terms of tax to the government the very least they deserve are roads that are fit-for-purpose.

“Potholed roads are a menace, not a mere annoyance – they can cause thousands of pounds of unnecessary damage to drivers’ vehicles, make using our roads uncomfortable and can be a serious road safety hazard for anyone on two wheels.”

Research for the RAC Report on Motoring shows that the condition and maintenance of local roads is by far and away drivers’ top motoring related concern.

Nearly half of respondents (46 per cent) last year said the quality of local roads was a problem, up from 38 per cent a year earlier.

Where to wait if you breakdown on a motorway