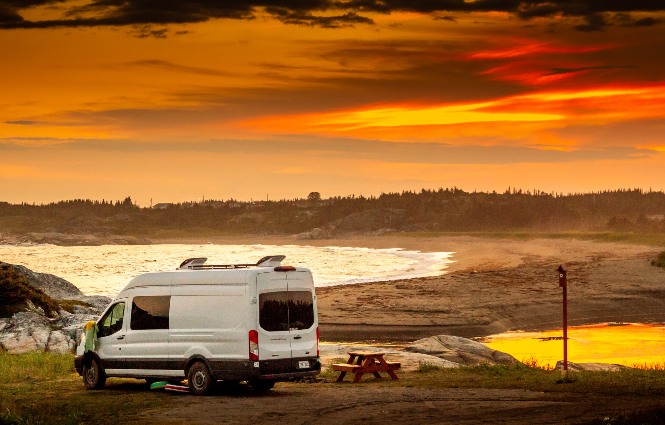 Is wild camping legal in the UK?

While the all-encompassing facilities of a UK campsite or holiday park may be the preferred choice for some, many van lifers are drawn to a back-to-basics, more wild camping experience.

Of course, van life wild camping with heating, USB charge points, fairy lights, duvet and pillows may not be strictly wild by definition, but it’s a concept that makes sense when you already have all the facilities you’ll need in your campervan.

UK wild camping law varies depending on which country you’re stopping in.

Camping without the landowner’s permission is illegal in England, Wales and Northern Ireland but in Scotland permission isn’t required.

Wild camping in a campervan, however, is not legal anywhere in the UK.

That’s not to say that it isn’t done though because it is largely tolerated when campervanners apply the ‘Leave No Trace’ mantra.

Having studied the rules and consulted the experts, Van Life Matters has everything you need to know about campervan wild camping in this regularly updated article.

Wild camping in England is illegal without the landowner’s permission.

Dartmoor National Park in commonly thought to be the only place in the UK to officially permit wild camping, and it does.

However, it only allows ‘backpack wild camping’ in specific areas, in which campers must carry all of their equipment on foot.

Campervan overnight stays in Dartmoor are not permitted – owners are instead encouraged to use one of its many campsites.

As with England, camping without the landowner’s permission is illegal in Wales.

Wild camping in Scotland is legal, allowing you to park-up for the night wherever you like, including the country’s National Parks.

There are some restrictions in around Loch Lomond though.

Loch Lomond camping restrictions are in effect at some parts of the Park between March and September but camping from October to February is unaffected.

To camp in these zones you must have a permit or stay in a campsite.

The Land Reform (Scotland) Act 2003, which allows the public to camp on most unenclosed land in Scotland only gives access rights for any ‘non-motorised activity’.

It states that you should not cause any damage or create an obstruction by blocking an entrance to a field or a building, that you must be aware for the safety of others, you should not damage the verge and you must use a car park if there is one nearby.

The Road Traffic Act of 1988, meanwhile, makes it is an offence to drive a motor vehicle without lawful authority on land of any description which is not part of a road, a footpath or a bridleway.

In short, you’ll need to acquire the landowners permission if you wish to park-up off-road for the night.

Without the landowner’s permission, it’s also illegal in Northern Ireland.

No one has a right to simply ‘pitch up’ for a night or two as all land is owned by someone, be it a farmer, private landowner, public body or charitable organisation, so you’ll need their permission to legally stay overnight.

Even in Scotland, where back-pack wild camping is legal, you’ll need to get permission.

If caught camping without permission, you could be found guilty of trespassing.

Because it’s a civil offence that you cannot be arrested for, you will more likely just be asked to move on by the landowner, somebody acting on their behalf or a police officer.

If you do not leave immediately, or if you return to the same spot within three months of being asked to leave, you may be found guilty of committing the criminal offence of aggravated trespass.

It’s a crime that holds a maximum penalty of three months imprisonment, or a fine of £2,500, or both.

I didn’t realise how many were being planned! I can’t afford to buy a newer camper yet so looks like I’m going to get an extra tax every time I try to leave my drive. NOT impressed.