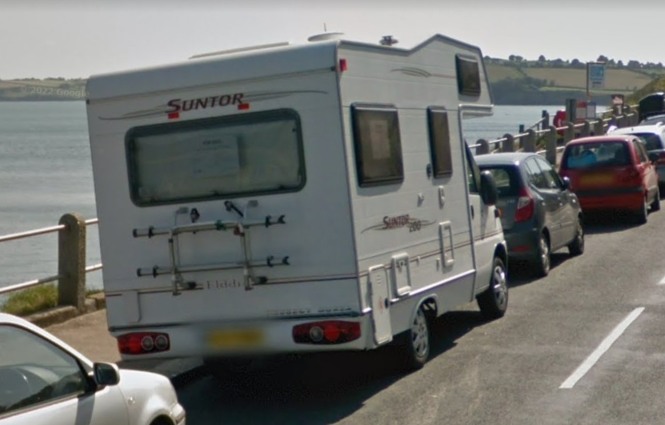 Overnight parking restrictions along Falmouth’s seafront are just one of the options being considered to tackle the “problem of roadside van dwellers”, it has been reported.

It comes following a series of complaints about the behaviour of the van owners, their disregard for the local area and “poor condition” of the vans themselves.

At a Falmouth Town Council meeting on Monday (18 July), Cllr Laurie Magowan gave an update on a working party set up to address the issue, the Falmouth Packet reports.

The working party, which had its first meeting in October 2021, involves local residents, town councillors and officers and van dwellers.

Related: Overnight parking for motorhomes in Fife given green light

However he said it had been a struggle to get the van dwellers to attend – Cllr Zoe Young said it was because some of the van dwellers, particularly the women, felt intimidated.

The aim of the working party, he said, is to come up with solutions after concerns were raised by local residents because of the growing number of van dwellers living along Cliff Road and Boscawen Road.

It has been researching other areas to see what they were doing including Newquay, Hastings, Totnes and Bristol City Council.

A traffic restriction order and ‘no overnight parking’ signage is due to go to public consultation for Cliff Road and Boscawen Road.

Cllr Laurie Magowan said: “It is aimed at a vehicles over three half tons which have clearly been adapted to live in.

“It’s a potential compromise that doesn’t effect people just parking their normal cars but clearly identifies some vehicles that can’t park there.”

He said it was the “carrot and the stick” approach with restrictions whilst exploring other sites to park up.

Town mayor Steve Eva said: “I think the biggest problem and the biggest complaint I get is the state of the vans.

“Some of the vans are quite pleasant and made an effort with and then another van in which they have made no effort at all and have been quite abusive to people.

“I can understand trying to sort out the problem with housing but, if you brought in have no overnight parking, who’s going to enforce it?

“They don’t even enforce it now.

“You talk about extending the toilet service, that would be another cost on the town council with someone having to look after them 24 hours a day and, as we have experienced, vandalism.”

Falmouth seafront parking consultation to be launched in October

Lake District parking: New ‘no stopping restrictions’ to be introduced

Loud sex and peeing on roadside: Falmouth residents speak-out ahead of parking consultation