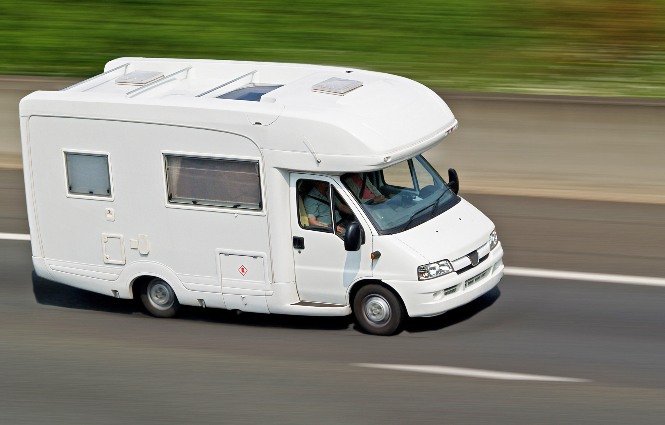 A man has delivered his own child for a second time after his wife went into labour – this time while in their campervan on the A60 in Nottinghamshire.

Dominic Lister, 44, who lives in Bingham, delivered his daughter Alice on February 7 at 11pm after his wife Natalie went into labour while on the way to Queen’s Medical Centre, Nottinghamshire Live reports.

Mr Lister said: “We set off for the hospital and there were roadworks on the A52 and the road was shut so we diverted towards Ruddington on the A60 and that was shut as well.

“And then it was just the feeling of realisation the fact that again we were not going to get any further.

“We realised we couldn’t make it at 10.45pm and then she was born at approximately 11pm.

“We were on the A60 at Ruddington, we stopped in the middle of the road and there were some people there from the roadworks team.

“I jumped out and said look we have a baby coming here can we get through, so the chap phoned his boss but they had all the heavy machinery there but then things just moved very quickly.

“Alice was born 7lb 11oz, almost a week before her due date on February 13.

“I thought here we go again pretty much.

“Even though I had done it before I was very much not calm about it, but I just thought we’re doing this again.

“But not even having the facilities at home, luckily we were in the camper van so we had a bit more space.

“I upped the difficulty by doing it in the middle of the A60. I’ll never be doing it again though, this is the last one.”

Natalie Lister, 37, who works as a teaching assistant, said: “He definitely managed to up the difficulty for himself.

“I think we were both trying not to panic and alarm each other, being on the A60 isn’t the ideal situation but we made the best of it.

“It will be such a nice and different story to tell them when they grow up, it’s unique although it definitely was not what we planned.

“Everyone that was involved was really helpful, given that there was a random RAC bloke that turned up and four roadworks people.

“One of the road workers was on the phone to the ambulance crew which I think was reassuring for Dominic.

“Nobody knew where to look or what to do, but it was a godsend that they were there, it would have been totally different if not.”