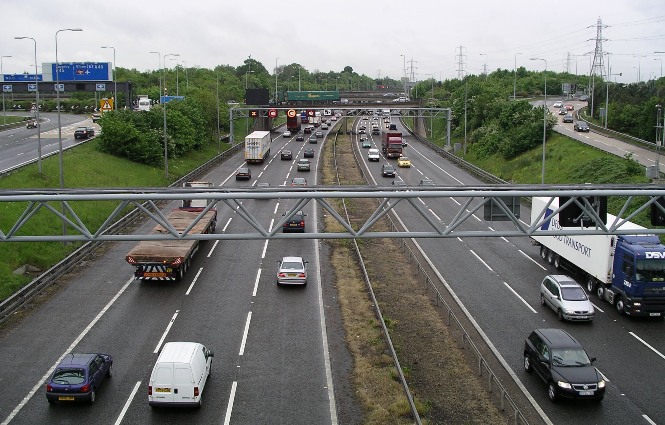 MPs have called on government to pause the rollout of all-lane running smart motorways until five years of safety and economic data is available and safety improvements have been delivered and independently evaluated.

The Government decision in March 2020 that all smart motorways would be all-lane-running motorways was premature, the Transport Committee said.

It claims that the Department for Transport and National Highways (previously Highways England) failed to deliver on promises to implement safety improvements for all-lane running Smart Motorways.

In a new report, the roll-out and safety of smart motorways, MPs say that safety risks on all-lane-running smart motorways should have been addressed by the government and National Highways before the motorway schemes were rolled out.

The committee concludes that the scale of safety measures needed to effectively and reliably mitigate the risks associated with the permanent removal of the hard shoulder on all-lane running motorways has been underestimated by successive Administrations, the Department for Transport and National Highways.

Chair of the Transport Committee, Huw Merriman MP, said: “Looking at the available evidence, smart motorways do appear to be safer than conventional motorways even once the hard-shoulder is removed.

“However, this evidence is also open to question.

“Only 29 miles of these all-lane running smart motorways have operated for over five years.

“It therefore feels too soon, and uncertain, to use this as an evidence base to remove the hard shoulder from swathes of our motorway network.

“The same evidence shows that other forms of smart motorways, where the hard shoulder is converted to a live lane at peak times of congestion, have lower casualty rates than removing the hard shoulder altogether.

“Despite this, the government intends to replace these with all-lane running schemes.”

RAC head of roads policy Nicholas Lyes said: “We welcome the committee’s report which once again raises many of the concerns about ‘all lane running’ motorways expressed by both drivers and the RAC.

“While the government’s stock-take added some much-needed urgency to making these roads safer, it remains the case that permanently removing the hard shoulder continues to be deeply unpopular with many drivers, with our research clearly showing that drivers are opposed to the removal of the hard shoulder because of the increased risks they are exposed to if they have to stop in a live lane.

“By the committee calling for the roll-out of all lane running smart motorways schemes to be paused, the Government would have time to evaluate a more complete set of safety data.

“The committee’s call to retrofit existing smart motorways with more refuge areas would also make these stretches of road safer than they are today, something we’ve long called for.

“But whether these and other actions are enough to convince drivers of the merits of all lane running remains to be seen.

“We’re pleased to see the committee has taken a different view over the government’s plans to scrap dynamic hard shoulder schemes.

“We continue to believe that these schemes could in fact be made the new standard as they still offer somewhere to stop away from live traffic in the event of a breakdown during quieter times, while still accommodating more traffic at busier times.

“They have also demonstrated very good levels of safety.

“We feel a huge question mark remains over whether it’s right that yet more money is spent on rolling out further all lane running smart motorways when there are clearly viable alternatives available.

“We’d like to see the government take a second look at the benefits of dynamic hard shoulder schemes as a matter of urgency.”