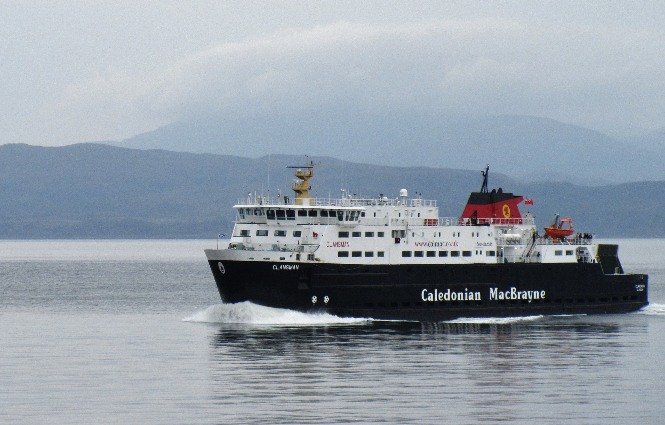 Motorhome ferry fares in Scotland are set to see fares soar after local residents demanded to see a loophole closed which saw them get heavily subsidised under a scheme for cheaper travel.

Fares on CalMac (Caledonian MacBrayne) ferries will increase by between 50 and 70 per cent for motorhome owners next year.

The road equivalent tariff (RET) is a distance-based fares structure from the Scottish Government to provide one single overarching fares policy across the country’s entire ferry network.

It is estimated that RET is now costing the Scottish Government around £25million per year in revenue support.

Around two-thirds is attributed to RET for vehicles less than six metres in length.

Many residents in the affected areas were angry at the scheme as commercial vehicles are not included, meaning the cost of goods could spike as a result of transport costs.

Transport Scotland announced it was responding to feedback from islanders.

A spokesman said: “Plans for ferry fares for 2022 have recently been communicated to Clyde and Hebrides Ferry Stakeholder Groups and the Ferries Communities Board, and fares for individual routes will be available shortly on the CalMac website.

“In response to community feedback, the fares for motorhomes are being increased to begin to address the disparity with fares for commercial vehicles of equivalent length.”

According to The Herald, a small commercial van will still be charged three times the fare of a motorhome of the same size.

This comes just months after plans were announced to ban caravans, campervans and motorhomes from standby queues for CalMac sailings.

This was done to “prioritise passengers who may need accommodation and to ensure that deck space and capacity is used more efficiently.”

Related: Everything you need to plan a sustainable trip to Scotland

CalMac said this is intended to be a permanent change, although it will be reviewing the move and feedback would be welcomed.

It emerged that some routes on the islands off the Scottish mainland had little or no space for cars for over three weeks during this year’s staycation boom.

People living on these islands had made demands for extra sailings as a way to be more connected to the mainland.

At the time, a spokesperson for Mull and Iona Ferry Committee said: “The increasing number of motorhomes on our ferries has been a source of many complaints, due to the large amount of deck space they take up.

“The inequity of subsidising independent motorhome travel to the islands with road equivalent tariff, while at the same time excluding all commercial traffic from RET, is difficult to defend.

“One of the major drivers of the rising island cost of living are ferry fares for delivery vehicles.

“It would seem to be an imbalanced use of Government money to subsidise the travel of motorhomes to the islands, but not food deliveries.

“Motorhomes are welcome, but the first job of the ferry service is to provide a lifeline service to those who live on the island.

“The current system of fares and booking is simply not leaving enough of that scarce resource – car deck space – available for islanders who rely on CalMac ferries to provide a lifeline.”

Does this mean the same for residents on the Scottishislands who travel in Campervans, and won’t this have a knock on affect in mainland Scotland , further increasing the Campervan traffic on Scottish roads.