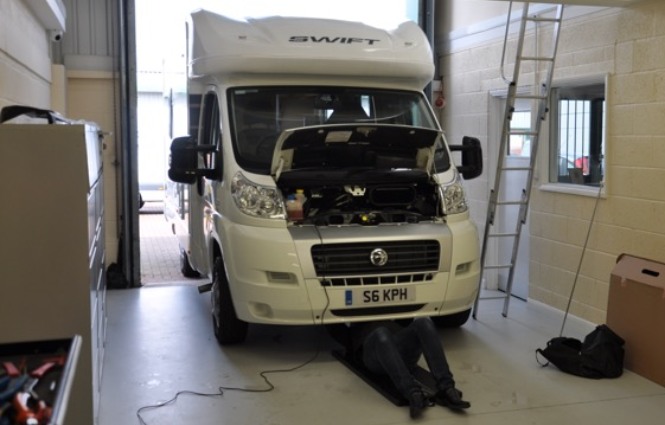 With less than a fortnight until most schools break up for summer, the RAC says many holidays could be ruined by motorhome breakdowns as eight in 10 drivers don’t routinely check their vehicle before setting out on long trips.

New figures from RAC Breakdown show only a fifth of UK drivers (17 per cent) regularly check their vehicles are ready for long journeys while a quarter (24 per cent) admit to never doing so, with the remaining 60 per cent only doing it sometimes – dramatically increasing the risk of breaking down and incurring costly garage bills.

The findings, released on the inaugural National Check Your Car Day, have led the RAC to warn drivers not to risk making the most expensive summer ever on the roads even more costly by failing to check a car’s oil and coolant levels, together with the condition and pressures of all the tyres.

With pump prices at record highs, the cost of every summer trip by road will be dearer than ever, so it’s vital drivers don’t make matters worse for themselves with an avoidable breakdown.

Related: Cost of filling up rises £9 in June as petrol prices jump by monthly record of nearly 17p a litre

It’s also the case that summer is the one season that sees drivers suddenly demanding more of their cars than ever – with vehicles travelling much longer distances than normal and potentially towing as well.

This means the chances of those that haven’t had a bit of TLC lately breaking down goes up, potentially spoiling any part of long-looked forward to summer holiday.

To get drivers on the front foot ahead of the holidays and to reduce the chances of their vehicles letting themselves down, the RAC is launching the first ever Check Your Car Day today, Saturday 9 July.

Using online advice from expert RAC patrols on how to avoid a breakdown, the initiative aims to get as many drivers as possible checking their vehicles this weekend – in the hope of identifying any problems early enough to get them fixed ahead of the great summer getaway.

The RAC expects to attend in the region of 350,000 breakdowns between today and the end of August, with most of these being for problems related to tyres and batteries.

Related: Tailgating ranked as the biggest cause of driver distraction

While some of these can’t be avoided – for instance getting a puncture – many of them can be, so long as the RAC’s preventative breakdown tips are followed.

RAC Breakdown spokesman Rod Dennis said: “Every summer, tens of thousands of drivers end up broken down by the side of the road because their cars let them down – that’s a lot of people whose summer plans are thrown into disarray.

“Add in the rising cost of the living and the fact this summer is set to be the most expensive for years due to the record-high price of fuel and it’s obvious that unplanned repairs and hefty garage bills will be the very last things most drivers want.

“The good news is that it doesn’t need to be that way.

“Our patrols regularly go out to drivers who have suffered a breakdown because they didn’t check their tyres or have a quick look under the bonnet.

“Nothing can be more frustrating for someone desperate for a summer break than realising their breakdown was avoidable, but this is a picture we see all too often every summer.

“Our message to drivers is really clear – don’t let your well-earned break be ruined by a breakdown, and don’t make this year’s expensive summer even more costly by having to take your car to a garage.”