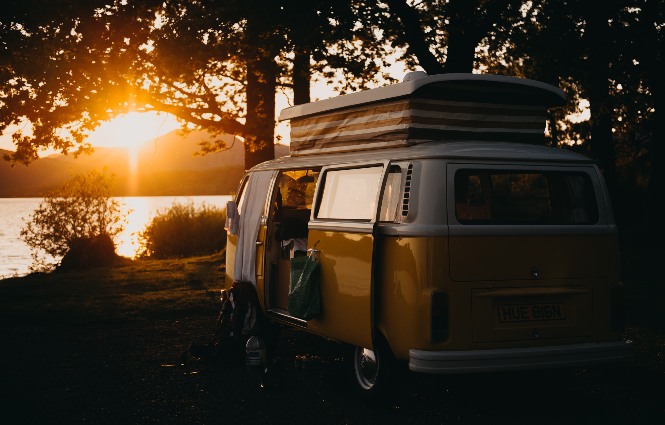 The UK’s tourist industry risks missing out on vital income unless councils open up more space for campervans, campaigners have warned.

The Campaign for Real Aires (CAMpRA) is calling for the allocation of more ‘aires’ – overnight stopping areas for owners of self-contained campervans.

Over the summer holidays, thousands of Britons travelled around the UK in leisure vehicles, highlighting what CAMpRA describes as a critical of the lack of facilities for campervan and motorhome owners.

The organisation fears that the recent boom in staycations, could soon be reversed with more than 13,500 aires in Europe attracting Van Lifers to better facilities and social acceptance.

Speaking to The Express CAMpRA spokesperson, Carolyn Mitchell said: “It would be nice to think that we could, at some point in the next five to 10 years, be somewhere close to France.

“I mean I know we’re a lot smaller, I know we don’t have the land, I know we are more heavily populated.

“This is why we keep trying to say to people, we’re not after free places, we just want safe places that we can park up overnight.

“We’re trying and we are getting there. We are in a very much stronger position than we were last year.”

There are almost 400,000 motorcaravans registered with the DVLA, together with an unspecified number of “vans with windows”.

Motorhome tourism is believed to be worth over £1billion to the UK economy.

Whilst the motorhome and caravanning industry is a massive part of the UK, there are estimated to be over two million motorcaravans in Europe.

Carolyn fears they will be put off from visiting the UK because of a lack of facilities and the attitudes of councils and landowners who don’t appreciate the value of the tourism.

She added: “It is unfortunate, but the minute European borders are open again, I suspect a very large number of motorhome owners will disappear back to Europe.

“We are just made so welcome.

“Most are free, some of them charge. The facilities for toilets and things are usually free, but you will pay to fill with fresh water.

“I think almost everyone will disappear back to Europe again.”

Scotland has seen a considerable increase in the number of aires, many with fresh water and disposal facilities for grey water from washing up and showering.

Carolyn added: “We accept that here in the UK it will be a long time before we catch up with the rest of Europe, and the vast majority of us are happy to pay our way and contribute to the local economies of places where we are welcome.”

Do you think the UK should do more to encourage overnight stays in campervan and motorhomes? Share your comments below and don’t forget to subscribe to the Van Life Matters newsletter to stay updated.

We definitely need more stopovers but the question is how we get them without promoting the selfish ones that give us all a bad name by living behind litter and such?

Yes. If UK does not waken up to the opportunities from this sector of the tourism market we will head to France, Germany, Belgium when covid is finally under control and spend our money there.

As Harry has stated, the BIG problem is those who blatantly dispose of their rubbish, Black (Chemical Toilet), Grey (tap/shower), WHERE EVER they like, BE IT Newbies, who have not read up on the accepted Codes of Practice, Countryside Code, or those who have been using MH’s for a long time, and think ‘ I will do what I want’. These are the ‘bad apples in the barrel’.
Also, there is an onus on the industry, to provide better information at point of sale/hire.
I have read of one hire company that has it in their T&Cs that if they, (the company) receive any Court Fines, these will be passed on to the Hiree, WITH interest.
Finally, Council’s in the UK & Ireland Need to sit up and realise they will loose income, whem MH owners return to Europe. BUT services, outside if campsites, will still be required by those who stay at home, AND those from Europe who will visit our country.

I am relatively new to van tourism and have to say I am loving the freedom that it gives to explore the great outdoors, I love finding an area that allows overnight parking as i feel relaxed that i am welcome. Many will say use a campsite but they are usually way out of the town or city I want to visit and charges are really high for services I dont need to pay for. With regards to wsste yes it has been a problem however it is a problem with all tourists, there is a general lack of suitable bins in tourist areas and access to black waste facilities is very low across the country, provide facility and it will be used..some areas have seen large numbers of vans in one place but I think this is due to high demand for parking spotd and a widespread application of no overnight sleeping signs, the fact that the signs dont say no overnight parking it would seem that there is no issue with vehicles being there overnight but for some reason sleeping is the issue…good work Campra….come on councils, listen to us