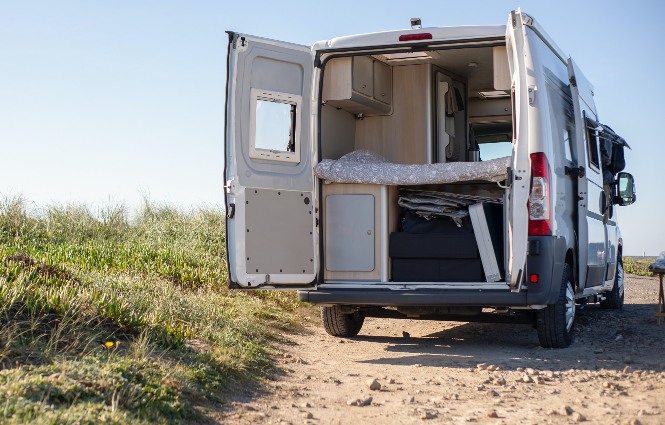 The Campaign for Real Aires (CAMpRA) has spoke out in support of a proposed short term motorhome tax on leisure vehicles in the Outer Hebrides – provided that it gets reinvested into motorhome facilities.

A council spokesperson for the Outer Hebrides, or Comhairle nan Eilean Siar, said the move would see visitors making a “small contribution” towards the upkeep of services they use.

It’s thought the new motorhome tax would go to protect the local area as well as contributing income towards local infrastructure and the amenities the motorhomes and campervans use.

Speaking to Express.co.uk, Carolyn Mitchell, one of the leaders of CAMpRA, said: “It’ll turn away the people with a tin of beans and a cocktail stick.

“To be honest, when you go to most foreign countries, you end up having to pay a tourist tax, so it’s not actually any different.

“Personally, as long as they reinvest it in the facilities for motorhome tourism, then in my book that’s absolutely fine.

“If they’re not going to invest in it, why aren’t they charging all tourists? Why are they singling out motorhomes?

“A general tax on all tourists would be a lot fairer, because if they’re going to put it towards infrastructure, then general tourists will use it as well.

“If they’re just going to charge motorhomes, then the money should go to motorhome facilities.

“I suspect other areas will probably try it and I expect, like most other things, the majority of people will just pay it.

“There is a very small minority of the motorhome community who believe that they’re absolutely entitled to everything without having to pay anything for it.”

“A very small minority of the motorhome community who believe that they’re absolutely entitled to everything without having to pay anything for it.”

It has not yet been confirmed how much motorhomes would be charged for using the services.

The “transient visitor levy” will form part of a short-term visitor tax that the Scottish Government is currently proposing.

It could generate between £5 million and £10million each year, depending on how a scheme was designed, The Scotsman reports.

Carolyn added: “If we were visiting the Outer Hebrides, I would happily pay for it, provided it wasn’t extortionate, obviously.

“When you go to Greece and places like that, they charge. It’s honestly not a lot, it’s probably about a Euro a night.

“If it’s something along those lines, then yes, good on them.

“If it was any more than £10 a night, I think people would object and probably not go.

“The last time we went, we spent a lot of time in the community as do most other motorhome users.

“If they had turned around and charged us an extra £28 for the privilege, then we would have paid it.”

Do you support the ‘transient visitor levy’? Share your comments below.