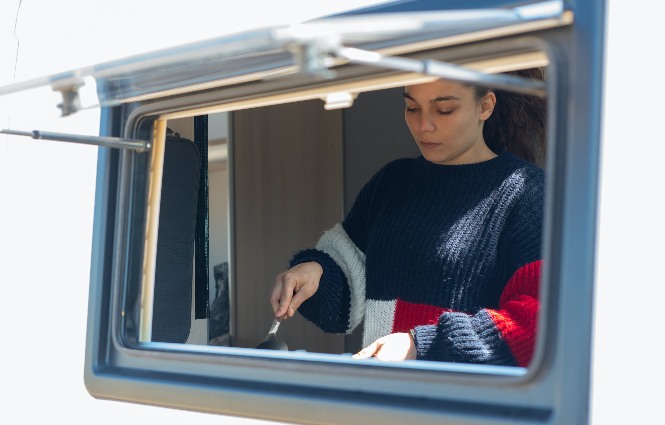 Leisure batteries: A crash course with everything you need to know

As with almost any holiday, taking a well-deserved break that runs smoothly and without any problems or glitches, is at the top of anyone’s wish list.

And when it comes to caravans, campervans and motorhomes the same rules apply.

After all, when looking forward to revelling in the enjoyment of one’s mobile home on wheels, the last thing anyone wants is to be plunged into darkness.

And whilst over recent years the caravan and motorhome sector has demonstrated a clear upward trend, the recent pandemic and rise in popularity of ‘staycations’ have been the catalysts behind what has been a genuine boom.

Being original equipment supplier to the likes of motorhome manufacturers and converters such as Auto Trail, Bailey Motorhomes, Chausson, Dethleffs, Rapido and Equitrek, Banner is keen to highlight the need for open road lovers to embrace two different types of batteries that serve very different purposes – a starter battery and one or more supply batteries.

As the name suggests, the former conventional starter battery is used to provide a short and powerful burst of energy in order to start a vehicle.

Once the engine is running, the vehicle’s charging system ensures that the energy drawn from the battery is replenished.

Enter the Running Bull EFB PROfessional and the Power Bull PROfessional that are the original equipment choice of numerous motorhome manufacturers and converters.

Conversely, supply batteries are designed for long-duration discharge, being used to supply power to all electrical and electronic auxiliary consumers, from lighting and refrigerators to mobile phones.

In general terms, they supply a significantly lower volume of current over lengthy periods the electrical system power supply and additional consumers, during which time they are discharged and recharged several times.

“On the other hand, the Running Bull AGM also has exceptional cyclical stability and has been specifically developed to deliver the highest energy requirements.”

How to prolong leisure battery life

In order that it lasts for as long as possible, the Banner Energy Bull should only be discharged to a maximum of fifty per cent because, as a general rule, the deeper the discharge the shorter is the expected service life.

Therefore, following each discharge, the Energy Bull should be sufficiently recharged immediately.

Power points at campsites or long, daily motorhome drives during which the Energy Bull is charged via the dynamo are ideal for this purpose, as they ensure that the battery is not deeply discharged.

If an even higher power requirement exists that exceeds the operational scope of the Energy Bull, Banner has two further batteries in its leisure range.

The first of these is the Traction Bull Bloc AGM, which is utilized if an electricity supply is available.

This battery manages up to 680 cycles (50 per cent depth of discharge).

Additionally, in circumstances where the electricity supply at campsites is compromised due to the number of vehicles and power-intensive consumers being supported, the Banner Traction Bull Bloc Gel is the perfect solution due to its ability to handle up to 980 cycles, i.e. 50 per cent depth of discharge.