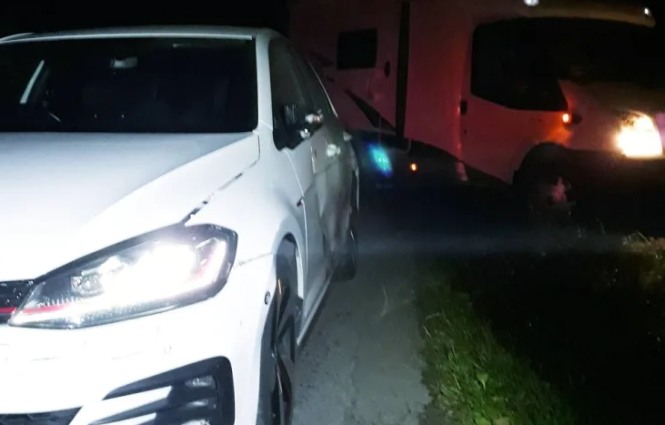 Two men have admitted stealing a motorhome from the Lake District after they were stopped within hours by police in the North East who used a helicopter and dogs during a dramatic night time pursuit.

The vehicle was taken from the Portinscale area, near Keswick during the early hours of October 9.

Wilkinson also pleaded guilty to driving the motorhome dangerously on the A19 in County Durham on the same date.

The prosecution told the court that the motorhome was repeatedly reversed into a police vehicle during the incident.

Prosecutor Tim Evans said police had blocked the driver’s door after stopping the motorhome before Young emerged from the passenger, followed by Wilkinson who was confirmed as the driver “by process of elimination”.

“Stopped by Northumbria and Durham RPU in Hartlepool using tactics, 90 minutes after the reported theft.

“With the help of the helicopter and two agile dogs, two suspects in custody. Team Work!”

The case was adjourned by Judge Nicholas Barker, who told the pair they would be sentenced in due course.

The judge had observed the two men had been left with “little choice” but to admit their guilt.

Young and Wilkinson remain in custody.