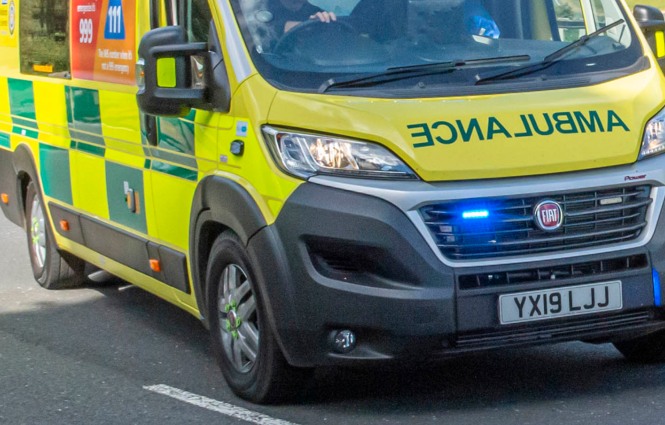 A man who got crushed by his motorhome while he was working on it has survived following a four-month stretch in hospital.

Keith Tyler, 72, had jacked up his motorhome before fell and landed on him.

His wife Tina watched in terror as her husband managed to pull himself out from under it before collapsing in a pool of blood.

He suffered catastrophic injuries including fractures to his skull and jaw, a blood clot, lungs filled with blood and a ripped ear.

A doctor warned Tina that “he’s not going to make it’, so serious were the wounds.

After four months in hospital, and against all the odds, Keith was discharged from hospital in February and is now on the road to recovery.

He said: “I feel pretty good truth be told considering I had a four-tonne motorhome on my head.

“I know nothing more after it happened.”

“I turned away and shouted for help and phoned 999.

“Keith was in a pool of blood.

“Somehow he got out from under the van and pushed himself out, probably with the adrenalin. His nose was bleeding and he was sort of conscious.

“He stood up and stepped forward and then collapsed by the side of the car.

“There was blood everywhere. It was very traumatic.”

Following some improvement, Keith’s heart stopped and had to be restarted at one point and he also became ill with pneumonia.

But on New Year’s Day he was hoisted into a shower and then two days later he was walking.

Keith was sent home on February 1 with him resembling a ‘frail old man’ after losing much of his muscle.

Tina said: ”The doctors said it will be a year or two before he reaches optimal health, though he won’t be as he was before.”