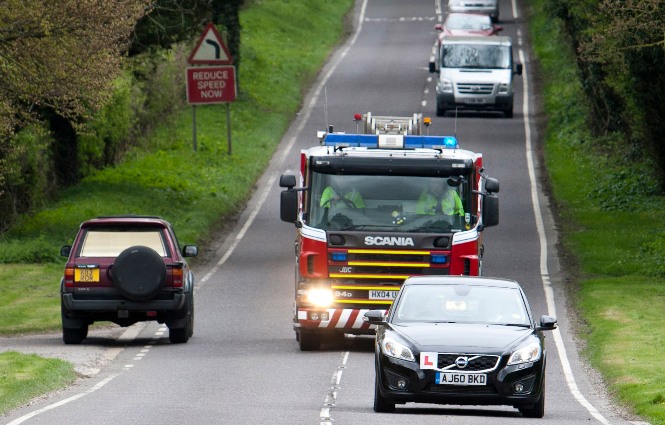 An arsonist who set fire to a former friend’s campervan outside his home during a revenge attack has been jailed.

Sheffield Crown Court heard how Mark Petruska, aged 29, torched the camper van which was parked metres away from his former friend’s home on in Barnsley on June 28, 2021.

Andrew Bailey, prosecuting, told the hearing on November 8 how Petruska’s friend saw his campervan alight opposite his front door.

Mr Bailey added: “He contacted neighbours to warn them and asked them to contact the fire brigade.

“As he stood at the door he could feel the heat and he feared the fire could spread to his and a neighbour’s home.”

Mr Bailey said the camper van which was valued at £1,500 was burned out and the heat from the blaze had melted the complainant’s front door at the rented property and had caused a window to smash and had left a further £2,000 worth of damage.

The complainant had helped Petruska in the past by allowing him to stay in the camper van, according to Mr Bailey, but after the complainant had reported the defendant over a fraud allegation which was not pursued they had fallen out.

Petruska, who has previous convictions including attempted robbery, burglaries and thefts, pleaded guilty to causing arson as to being reckless as to whether life would be endangered after the incident.

Jess Butterell, defending, said no accelerant had been used and there had been no one inside the vehicle.

Ms Butterell added Petruska has mental health problems and he had told the probation service he was dependent on alcohol and was “sofa-surfing” at the time.

She said: “Mr Petruska is somebody who made a very big mistake and he has come to terms with realising that in terms of remorse.”

Judge Graham Reeds QC told Petruska: “I am sure setting fire to his van was a revenge attack by you for what he had done.”

Petruska was sentenced to seven years and six months of custody including a three-year extension.