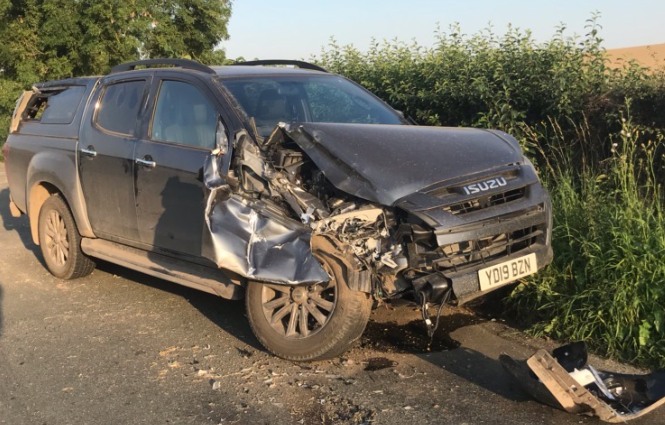 A woman has been arrested after a campervan was discovered on Grimsby’s East Marsh with extensive damage after crashing into a trail of cars in Cleethorpes.

Humberside Police confirmed the woman was arrested after the campervan was found shortly after 9pm on Saturday.

The offending motorhome continued towards Cleethorpes High Street which was busy with revellers.

A fourth vehicle was later damaged as the motorhome continued to be driven.

Shortly afterwards it was found in Mansel Street where police conducted a thorough search of the lived-in camper van.

Officers are investigating whether other vehicles were damaged on the route taken by the motorhome.

A spokesman for Humberside Police said: “We were called to an incident in Grimsby at around 9pm on Saturday November 13, after a motorhome caused damage to a number of vehicles while driving between Grimsby and Cleethorpes.

“A woman has been arrested following the incident and investigations are ongoing.

“If anyone witnessed the incident, or has dashcam footage of the vehicle, please contact us on our non-emergency number, 101, quoting Log 537 of November 13.”