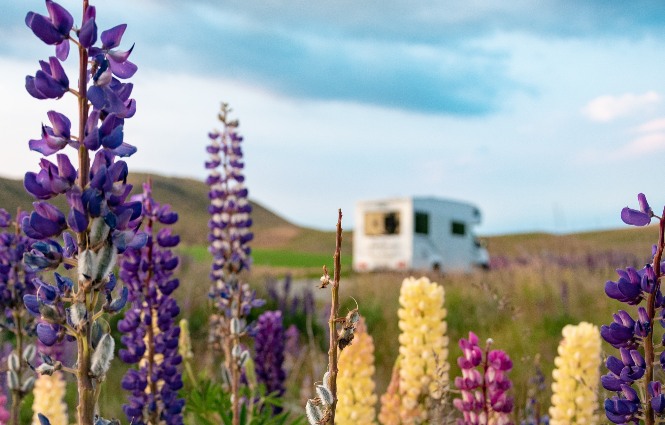 Approval to allow campervans and motorhomes to stay overnight on some of Gwynedd Council’s car parks in North Wales as part of a pilot has been described as a “mistake” and likely to only “promote more over-tourism” by a language pressure group.

The first aires are expected to be operational by the spring of 2023 after the Gwynedd Council cabinet backed plans to establish up to six pilot sites which will offer the most basic of waste disposal and water facilities.

However Cylch yr Iaith, which has been vocally opposed to “over-tourism” in Welsh speaking heartlands, the implications haven’t been fully thought out.

Howard Huws of the group’s Sustainable Tourism Group, has previously argued that such “over-tourism” leads to an increase in the sales of second homes and increased house prices, in turn resulting in the strength of the Welsh language in its heartlands.

On the cabinet’s decision, he claimed that it should have been one for full council and would hurt existing caravan parks and campsites – despite the authority’s claims that many motorhome owners want a more basic and cheaper offering and only tended to stay for a night or two in any one place.

“The new car parks will be created in communities outside the Snowdonia National Park limits, which has stricter rules,” said Mr Huws, with “over-tourism” described as an unsustainable number of visitors leading to a gradual changing nature of affected communities.

“This will mean an overflow from the park to those communities bordering on its boundaries, areas that have recently been designated parts of a World Heritage Site.

“The provision of overnight parking spaces for camping vans will in turn contribute to their promotion as tourist destinations, and the disadvantages will outweigh the benefits in those areas as has happened in many of our communities.

“Gwynedd Council must accept that there is a limit to development and expansion.

“You can’t keep going in this direction and reach saturation point because of the environmental and community costs.

“It will set a dangerous precedent for the further development of the infrastructure and the promotion of tourism developments.”

Based on a consultation involving motorhome users and locals, as well as existing tourism business owners, the authority’s own research found there was a need for such continental-style facilities in the county.

But responding to concerns that opening such ‘aires’ would divert trade away from existing campsites, cabinet members stressed that the needs of motorhome and campervan owners differed to more traditional holidaymakers.

Cllr Gareth Thomas, who holds the economic development portfolio, said: “The high numbers of people visiting has been a cause of concern for some areas with some deciding to stay in motorhomes in locations where there is no legal right to sleep in a vehicle overnight.

“That is why we are keen to consider what steps can be considered to improve the management of the field due to the volume of interest and local capacity issues in some of our destinations.

“This would allow us to see if this arrangement better manages the situation, and to consider whether it would help us to have better management in the county in the future.

“It is clear that national legislation going back to the 1960s needs to take account of this developing field.

“It is necessary to question whether the legislation is now fit for purpose, and we will therefore be sending the findings of our research to the Welsh Government and call on them to urgently review the legislation.”