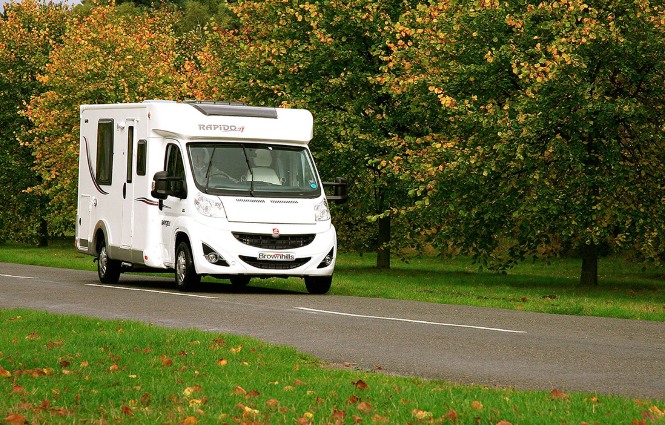 Gwynedd Council cabinet members have unanimously backed plans allow campervans and motorhomes to stay overnight on some of its car parks as part of a pilot.

The first aires are expected to be operational by the spring of 2023.

Tuesday saw the council’s cabinet back a report which proposed a pilot of six aires with waste disposal and water on parts of existing council-run car parks at a cost of £100,000.

The report noted that the county’s existing caravan sites have been struggling with capacity issues amid the recent ‘staycation boom’.

It’s hoped that the aires will help reduce the dumping of litter and human waste reported in the area.

Following a consultation, the authority’s own research found there was a need for such continental-style facilities in the county.

But in light of concerns that opening such ‘aires’ would divert trade away from existing campsites, decision makers were adamant that the needs of motorhome and campervan owners differed to more traditional holidaymakers.

An online consultation found that such requirements were well short of the facilities offered at most caravan parks.

Cllr Gareth Thomas, who holds the economic development brief, said that the aim was to divert motorhome owners away from road verges and secluded beauty spots, and into town and village centres “where they can spend their money locally.”

He added: “The capacity of the caravan sites isn’t enough for the significant numbers of these vehicles that have been coming here, so I’m confident we aren’t taking away from private businesses.

“But clearly what’s being proposed is a pilot, so if such an impact is noticeable then there’s clearly scope to reconsider.”

Cllr Dafydd Meurig said it was vital that motorhome owners were welcomed to Gwynedd “on our own terms,” and would give the authority “more scope to divert them away from where they shouldn’t be.”

Cllr Ioan Thomas said he had been contacted by several constituents concerned about motorhomes “parking wherever they liked and contributing nothing to the local economy.”

He added, “It’s clear that their needs are basic compared to what a caravan site offers, but its clear that we need a solution as well as stricter enforcement in the long term.”

With the Snowdonia National Park area subject to its own and usually stricter planning regulations, councillors were told that the initial pilot areas would be limited to areas outside of the park’s boundaries.

Planning officer, Gareth Jones, concluded: “This is a sector that’s growing and is expected to continue to do so.

“What’s clear is that the needs of motorhome users are quite different to traditional caravan owners in that they favour sites in villages or towns and tend to travel throughout the year but only spending a day or two in a single location.

“What we also saw was that the existing caravan sites don’t exactly meet the needs of the sector and questions if there’s enough all-round capacity.

“92 per cent of motorhome users that answered the questionnaire said they would use aires if any were available in the area, and the public feedback also showed that many people supported efforts to try and meet their needs.”

Councillors were also told that the possibility was there for community councils or local groups to come forward and open their own ‘aires’ sites – which is the setup most usually found in Europe.

It come despite some criticism against the proposal.

Matthew Gould, who works at Beddgelert Campsite, said: “If this plan goes ahead then we will lose quite a lot of our trade. It will be a big hit.

“A lot of campervans come here for a couple of nights after having wild camped for a few days, then they come here for the proper facilities such as water and electricity.

“I think it would also have a damaging effect on Beddgelert if the campervans park in council car parks not so close by and so the local economy could suffer.

“I think what definitely needs to be done is encourage more campervan owners to book ahead as we were full to capacity for months this year.

“Some people seem to think they can get a spot on a site just by turning up which just isn’t the case these days.”