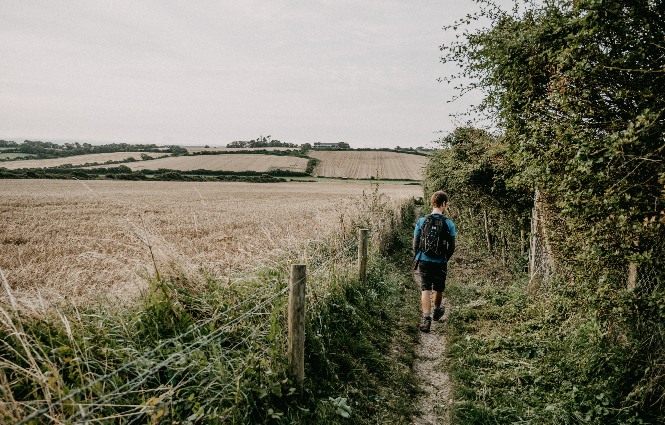 Greater London News Things to do

The Grain to Woolwich is a new trail connecting central London to the north Kent coast has officially opened.

The incredibly varied 47.12-mile (75.85km) trail from the north Kent coast, along the wild reaches of the Thames Estuary which supports a wealth of wildlife, and beside the dynamic working tidal Thames in London, has been opened by Natural England.

“It follows the whole coast, passing through some of our finest coast and countryside as well as iconic seaside towns and places of marine industry, past and present.”

As you set off from Grain on the Hoo Peninsula, you can enjoy views across to Sheerness on the Isle of Sheppey, to Southend-on-Sea, and the confluence of the Medway and Thames.

Surprisingly so close to such an urban area are some of the remotest grazing marshes in the south east.

Between Allhallows and Cliffe in Kent, you can walk more than 12 miles (nearly 20km) without passing another coastal village or car park.

There are some gorgeous little pocket beaches and extensive mudflats full of wintering wading birds.

Along the river, you may also see the occasional grey seal hauled up on one of the many small beaches.

In the Thames Estuary, the largest in England, the creeks, extensive mudflats, saltmarsh and grazing marshes support a wealth of wildlife of national and international importance.

During the winter months, you’ll see flocks of waterbirds such as avocet, knot and dunlin and the nature reserve at Cliffe Pools in Kent is a popular spot for bird watching.

The Thames Estuary also has a long and rich military and industrial history.

You can see forts such as Shornemead, near Gravesend, which were installed to protect London in the 1860s.

You pass under the largest pylon in the UK and can look up at the impressive Queen Elizabeth II Bridge, which is the busiest estuarial crossing in Europe.

A new section of the path will also take visitors through the recently designated Site of Special Scientific Interest at Swanscombe Peninsula, where an industrial history has resulted in habitats that provide ideal conditions for a unique variety of wildlife.

As you walk beside the Thames, the busiest working port in the UK, the boat traffic provides a fascinating view into this dynamic working river.

There are many independently run wharves handling goods arriving by large maritime vessels.

As you arrive in Woolwich, with great views of London’s skyline, the England Coast Path meets the existing Thames Path National Trail.

You pass the impressive Thames Barrier, which protects London from flooding, and can walk along the Thames to its source in the Cotswolds.

This new stretch of the England Coast Path completes a ‘source to sea’ walking route along the country’s most famous river.