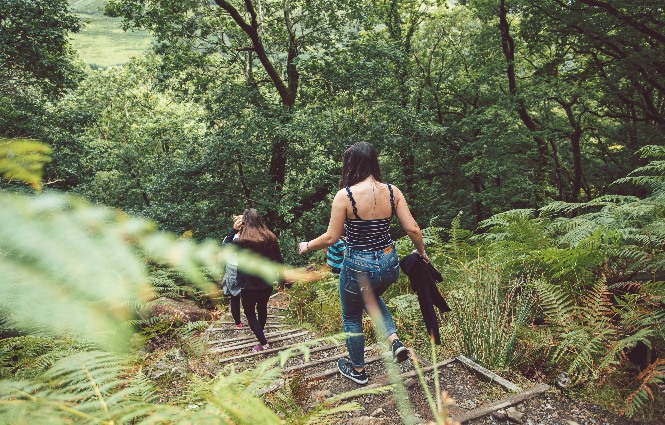 More than one in two Brits that visit the countryside are left frustrated by the behaviour of others who disrespect the environment, new research has found.

A study of 2,000 adults found the most unpleasant misdemeanours to upset Brits out walking was dropping litter (78 per cent), not picking up dog mess (71 per cent) or leaving poo bags on the side of paths (71 per cent).

The research, commissioned by Ordnance Survey, found that one in three people admitted to turning a blind eye to littering when they see it.

And one in four people surveyed preferred to avoid confrontation by being prepared to clear up the litter themselves.

Ordnance Survey managing director for Leisure, Nick Giles said: ““The majority of people are respecting and enjoying the outdoors but unfortunately a small number are thoughtless and leave litter or mess behind.

“We all have to protect the outdoors for future generations to come.

“That means when going outside please put rubbish in bins or take it home with you, please clean up after your dogs and please follow the countryside code.

“The only thing anybody should be leaving behind after they’ve been outside is their footprints.”

The study, carried out by OnePoll, also found that on average one in four Brits go on a walk in the countryside, urban park or green space every week.

74 per cent of Brits claimed that when they walk in the countryside or urban green space they respected the environment.

But more than a third of Brits felt very strongly that walking was made less enjoyable when others disrespected the environment.

Young people aged 18-24 are the most likely age group to go for a walk in the countryside or urban green space, with 68 per cent of people in this age bracket strongly agreeing they get frustrated when others don’t respect the environment.

Following last year’s lockdowns, 55 per cent of Brits claim they are more grateful to spend time outside now compared to before.

Half of those surveyed said getting outside for mindfulness walks helped them to switch off an relax, while 49 per cent responded saying how important getting fresh air was to them.

And more than one in three people admitted that getting out in the countryside was a great way to socialise with friends when meeting up inside was not allowed.