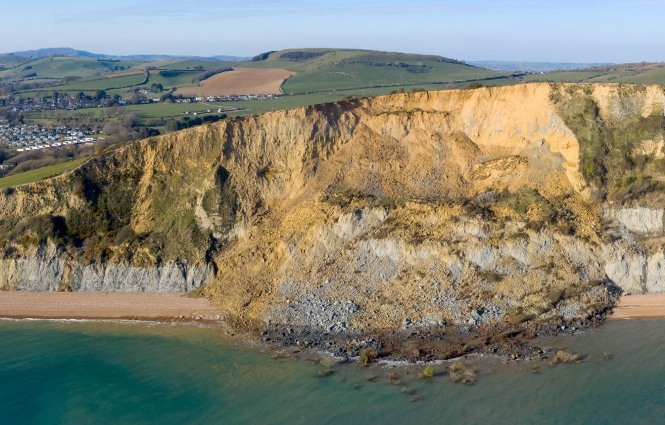 Landscapes and wildlife across the UK are increasingly suffering the impacts of extreme weather events and natural disasters, the National Trust has warned.

Although the year’s weather was uneventful at times, a handful of events and some unseasonal conditions caused devastation to important landscapes, coastline, and resulted in various ‘winners’ and ‘losers’ for our wildlife.

Warmer, wetter winters are resulting in diseases such as ash dieback taking hold and causing significant loss of trees, impacting landscapes and homes for nature.

The dry March and even drier April saw wildfires take hold at two significant landscapes cared for by the conservation charity – the Mourne Mountains in Northern Ireland and Marsden Moor in Yorkshire, devastating 200 hectares and 520 hectares (two square miles) of moorland respectively.

Both areas lost a diverse range of plants, and declining bird species were affected, such as skylark, meadow pipit and snipe (Mourne Mountains) and curlew, golden plover and short-eared owl (Marsden Moor) and other wildlife such as Irish hare (Mourne Mountains) and mountain hare (Marsden) as well as leaving important peat soils scorched and destroyed.

Related: Beach holidays to be ditched in favour of country getaways in 2022, expert predicts

On the Dorset coast, a substantial 300m cliff fall in April – the largest for 60 years on this stretch of coastline – was caused by prolonged periods of dry weather, rain and erosion by the sea over several years, undermining the stability of the cliff changing the shape of the coastline forever; serving as a reminder of the dynamic nature of our coastal habitats.

The late autumn was bought to an abrupt end last month as Storm Arwen ripped through the north of the country causing widespread devastation, toppling hundreds of irreplaceable trees and plants at Bodnant garden in Wales, and thousands in the Lake District.

At Wallington in Northumberland, where winds reached 98mph, over half of the 250-year-old oak and beech trees were also uprooted.

This summer is expected to be within the top ten warmest on record, evidence of the long-term trend of rising temperatures.

“What we’re seeing in the UK with the impacts of wildfires and severe storms such as Arwen and Barra, is how climate change is altering our landscapes forever.

“These dramatic incidents reflect what is going on elsewhere in the world, with extreme temperatures of over 50 degrees Celsius in California resulting in the state’s largest wildfire burning 390,000 hectares of land and extreme rainfall in China of 201.9mm in an hour resulting in devastating flash floods.

“These extreme events are putting even more pressure on Britain’s wildlife, which is already in trouble with more than half of species in decline and 15 per cent of wildlife species under threat of extinction. Our nature is part of what makes the UK unique and we must all play our part to protect it.

“The scale of the challenge we face is huge, but there is much we can do to heal climate harm. Isolated or small populations are the most at risk from climate impacts.

“Our conservation work protects and restores wildlife in our precious landscapes to help nature literally weather the storms.

“By conserving nature and improving habitats we can support larger populations that are better able to respond to the drivers of change and help nature’s survival.”