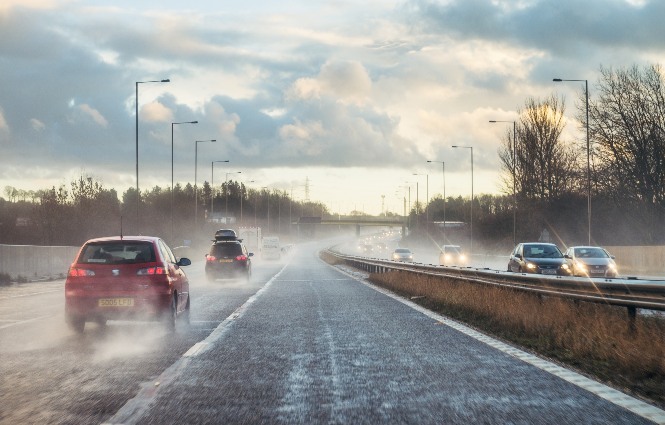 Strong winds of up to 90mph brought by Storm Dudley and then Storm Eunice could make the next few days “very challenging”, forecasters have warned.

It is expected to last from 2pm to midnight, with yellow warnings for wind as far south as Birmingham.

RAC Breakdown spokesperson Rod Dennis said: “The strength of the wind brought about by Storm Dudley will make driving conditions extremely difficult for drivers in the north of the UK, so we urge people to delay their journeys until the storm passes if at all possible.

“Anyone who does set out should stick to major roads if they can, reduce their speed while driving and have a firm grip of the steering wheel at all times but especially when overtaking high-sided vehicles.

“We also recommend parking away from trees as the storm may well cause some to fall.

“And as Dudley departs, less than 24 hours later Storm Eunice will arrive introducing very unsettled conditions to much of the rest of the country.”

Storm Eunice is predicted to be even more challenging for many, this time affecting the southern half of the UK on Friday.

Another amber warning has been issued, with the potential for stronger winds, and predictions that gusts could top 90mph in the South West and South Wales.

Dennis added: “It’s vital drivers plan ahead and keep tuned to weather forecasts over the next few days to understand where is likely to see the greatest disruption from the weather.”

Met Office spokeswoman Nicola Maxey said: “We are looking at particularly stormy period right now, with two named storms coming through one after the other.

“This sort of weather set-up is typical for the UK in the winter, with low pressure coming in from the west, driven by the jet stream.”