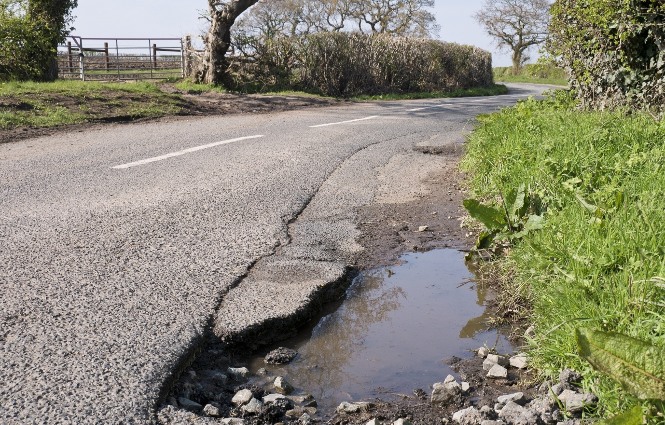 IAM RoadSmart’s latest annual Safety Culture Report, which has monitored drivers’ changing attitudes to key road safety issues since 2015, discovered that nearly four in five drivers (79 per cent) perceive potholes to be a bigger issue for them than they were three years ago.

Meanwhile, only five per cent of respondents saw potholes as a smaller problem compared to last year.

The report gathers responses from over 2,000 motorists, and found that 90 per cent of them had been affected by potholes in the past year, with 32 per cent stating they had even changed route to avoid them.

A further 16 per cent of those surveyed stated that they have reported a pothole to the authorities.

Neil Greig, Director of Policy and Research at IAM RoadSmart, said: “The fact that motorists perceive potholes to be a bigger issue compared to drink driving and speeding, which cause more deaths, goes to show how much of a problem the pothole crisis continues to be.

“Not only is damage to vehicles caused by potholes expensive and inconvenient, but it is also a major safety concern affecting all road users.

“In particular, potholes pose a serious risk of injury to those on two wheels, as well as potentially causing drivers to swerve into oncoming traffic.”

It is currently estimated that there are some 42,675 miles of UK roads classed as being in POOR structural condition, which would cost an estimated £11.14 billion to bring them up to a level which they could be maintained cost effectively going forward, according to Asphalt Industry Alliance.

These figures are also reflected by the attitudes shared in IAM RoadSmart’s Safety Culture Report, with over eight in ten motorists in the North West and South West sharing the opinion that potholes are a bigger problem compared to three years ago (83 per cent and 82 per cent respectively).

Meanwhile, only 69 per cent of Londoners thought potholes were a bigger problem compared to three years ago.

Neil concluded: “Drivers are suffering from pothole problems every day and it is adding to the stress and cost of running a car.

“No one can enjoy their motoring anymore if the roads are in such poor condition.

“The government must deliver on its promise to provide long term ring- fenced funding for road maintenance so that the backlog can be eliminated in the foreseeable future.

“It is clear that such a policy would be very popular with millions of drivers across the UK.”