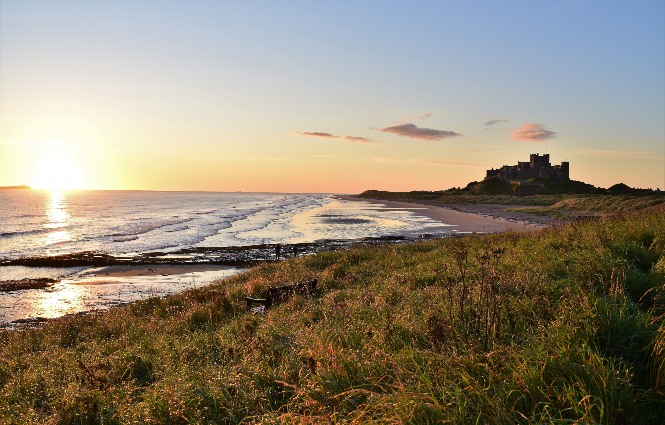 Plans to allow motorhomes to park overnight at car parks in three of Northumberland’s most popular coastal destinations have been approved by councillors.

At a Northumberland County Council strategic planning committee meeting, councillors voted to allow a one-year trial of the policy at car parks in Beadnell, Bamburgh and Amble.

The plans were voted through with no objectors, although one member – Cllr Georgina Hill – abstained from each vote.

Under the proposals, self-contained motorhomes with their own toilets and wash basins will be allowed to pay an as-yet undecided fee to stay at Benthall in Beadnell next to the beach, Amble Braid Car Park and the car park opposite Bamburgh Castle.

Speaking in support of the application, Cllr Richard Dodd said: “I think we’ve all seen the extra motorhomes travelling on our roads in the last couple of years.

“We cannot ignore this.

“On Sunday the beach at Blyth was rammed, I went down to Tynemouth and everywhere was rammed.

“I think we cannot ignore this, we have to be positive.

“It seems as if it is going to be the future in the UK for a good while, lets grasp this and make sure we do the right things and get some money in the tills.”

Cllr Caroline Ball said: “I don’t want to see the car parks chocker-block with motorhomes but on the other hand we have the need.

“I have a little bit of concern about the policing of this. If there is no enforcement people will just park there.”

Only a small number of spaces in each car park will be allocated to overnight stays.

The committee’s chairman, Cllr Trevor Thorne, said the county would be missing out if the trial was not approved.

He said: “I think these motorhomes are part of the tourism of the future.

“Tourism is so important to Northumberland, we don’t want to miss out. We want our share.”

There will be eight spaces in Beadnell and six spaces in the other two locations.