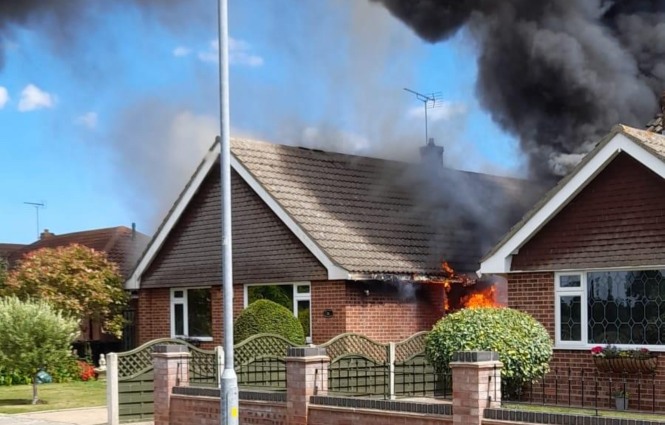 A family has been left homeless after a motorhome fire spread to two bungalows in Frinton-on-Sea.

Crews from Weeley and Colchester were called to a fire in Heronsgate at about 2.10pm on Monday.

Neighbours were already bravely trying to tackle the blaze with garden hosepipes.

On arrival, crews reported that a motorhome was 100 per cent alight and was spreading to two properties on either side.

Firefighters requested two additional crews from Brightlingsea and Wivenhoe as well as an aerial ladder platform from Chelmsford to tackle the fire from above.

Residents say the occupants were able to get out of the property safely.

Station manager Nick Singleton said: “I’d like to praise Weeley, the first crew on scene, for working in hard conditions to prevent this fire spreading beyond the two properties affected.”

The cause of the fire is not yet known.