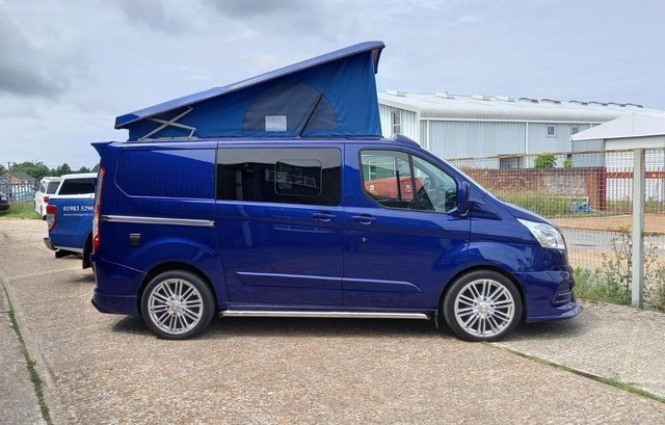 A couple have been left devastated after their Ford Transit Custom GT was stolen from their Portsmouth driver at 00.48am on Tuesday October 28.

CCTV footage from a neighbour showed showed the van being stolen by three people, who were walking between vehicles and trying to get into them.

Owner, Sarah Lewry said: “We realised it had gone at 2am in the morning on Tuesday.

“It’s devastating, horrible. We’ve only been away in it once.

“We’ve just had it converted into a camper van, but my husband uses it for work.”

Police confirmed that the theft was reported to them at 2am on October 26 after the couple discovered that the van had been taken.

Sarah added: “We’ve had no sightings of it, nothing. We’re in limbo – it’s like a waiting game.

“Tuesday we were so numb, we just didn’t know what to do.”

The couple are appealing for information about their vehicle in the hopes of finding out what happened to it.

Sarah added: “We put a post about it on Facebook and it’s been shared more than 20,000 times.”

Hampshire Constabulary said that officers have followed all lines of enquiry currently available to them in order to locate the van and those responsible.

The investigation into this incident has been filed pending further lines of enquiry becoming available.