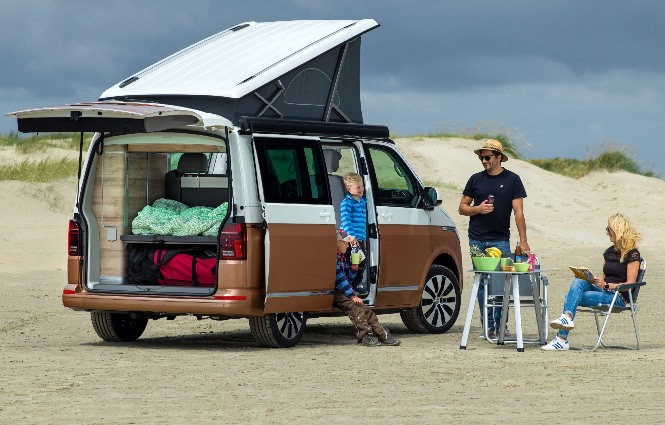 Volkswagen Commercial Vehicles has announced the first three converters to be awarded certification through its new Motorhome Qualification Scheme.

Jerba Campervans, Rolling Homes, and Hillside Leisure have officially joined the scheme after meeting the strict criteria required of the new industry standard.

These converters can now proudly display official certification on their website and when marketing their products, giving customers confidence when purchasing.

Launched in 2005, Jerba Campervans is based in North Berwick and specialises in Volkswagen Transporter conversions after the company founders fell in love with their Transporter T2 in the mid 90s.

Hillside Leisure, based in Derby, was founded in 2004, and has since won several design awards for its Transporter conversions; while family-run Rolling Homes has been converting Volkswagen Transporters for 35 years from its base in Shropshire, with a focus on using locally-sourced, sustainable materials.

Volkswagen Commercial Vehicles, the only OEM to offer a true factory-built camper with the California and Grand California, launched the Motorhome Qualification Scheme this year to ensure high standards are followed by aftermarket converters giving customers confidence in the quality of any unique conversion as the market soars.

With more families opting for remote staycations due to COVID-19 travel rules, Volkswagen Commercial Vehicles recorded a 36 per cent year-on-year increase on its campervan web pages in 2020, and more than 200,000 customers started configuring their dream California and Grand California vans.

Similarly, Google search terms for campervans and motorhomes in 2020 were up 53 per cent and 41 per cent, respectively.

The scheme represents the highest standards in the industry, with criteria for inclusion requiring converters to meet National or European Type Approval, pass the stringent National Caravan Council standards, have a three-year trading history, register on the Body Builder Database, and provide a minimum of £5 million liability insurance cover.

In addition, converters are committed to offering the same warranty to match the base vehicle, giving customers clarity on one term to cover maintenance of the entire vehicle.

Nick Axtell, Specialist Sales Manager for Volkswagen Commercial Vehicles, said: “Since the recent launch we are pleased to formally announce that the first three qualifying converters have officially joined the scheme.

“This certification builds on long standing relationships which each of these converters and it is great to be able to formally recognise the investment they have made bringing Volkswagen Camper Vans to the market.”