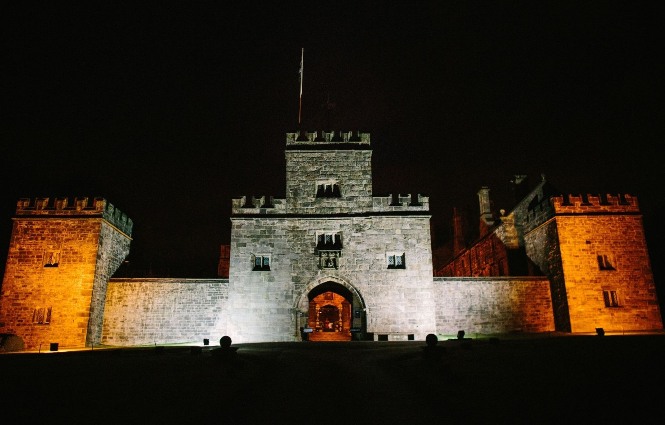 One of Britain’s most haunted houses is creaking open its doors to lift the lid on the ghoulish goings-on which lurk within.

Hoghton Tower, the magnificent 16th century house near Preston, Lancashire, has earned the reputation of being Britain’s third most haunted property.

The tour, which is aimed at adults and is not suitable for anyone under the age of 16, starts promptly at 6.30pm and finishes at around 8pm.

The organisers say that at least one member of the party should be over the age of 21.

Ghost-hunters will ascend the one-mile driveway with a sense of foreboding, before torchbearers take them on a tour through the darkened halls of the Tower.

Expect to encounter spectres from the past as you are told about haunting happenings which have occurred across the centuries.

Venture through underground passages where footsteps from another time may echo alongside your own – and look out for the black dog who haunts the Well House.

Greet Angry Peter and stare into the painting where mysterious faces may reveal themselves, before finally grasping the opportunity to reflect on what you have seen and heard.